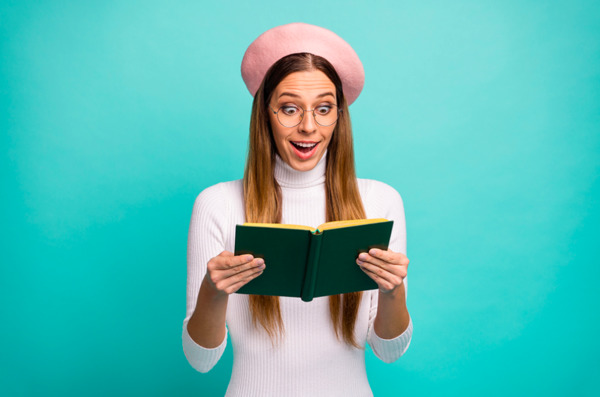 The story of your company is one of your most valuable company assets.

I realized this as we were writing our new book, Blockchain Success Stories (listen to a sample here). As we interviewed the hackers and dreamers who are building the next generation of technology, I realized that we were helping them tell their stories.

Stories stick. They give us a handle to explain things. Not many people are going to remember that you have a “blockchain-based P2P wireless network,” but people may remember that “the co-founder of Napster was inspired by Bitcoin to create Helium.”

If you pay attention to your own behavior, you’ll find that you search for stories to convince your friends and family. “You should check out this show, it’s about…” Or, “This artist is really interesting. She got her big break when…” Or, “You’ve got to watch this TED Talk. It’s about a guy who…”

In fact, stories are mandatory. In today’s crowded marketplace, you’ve got to stand out. This is why most modern food packaging, restaurant chains, or consumer products include a little “company story” so they’ll stick on your brain like Velcro: 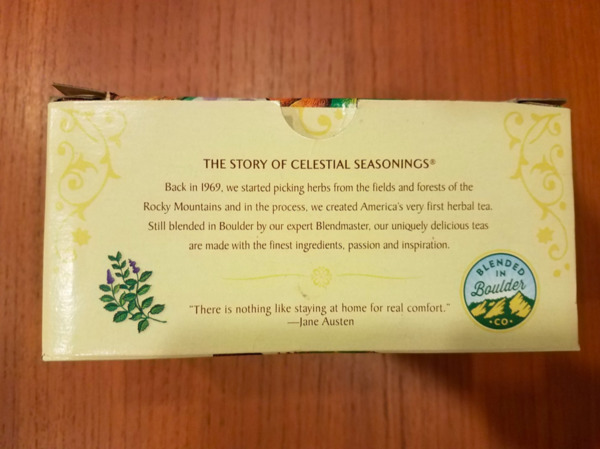 Just look in your pantry and you’ll find plenty of company stories.

So how do you create a good company story? How do you build the Marvel Cinematic Universe around your industry? How do you make your own mythology?

Every good story has a beginning, a middle, and an end. You must have these three components.

Here’s one of my favorite company stories, Bob’s Red Mill:

Here’s a high-tech company story, from the founder of Slack: 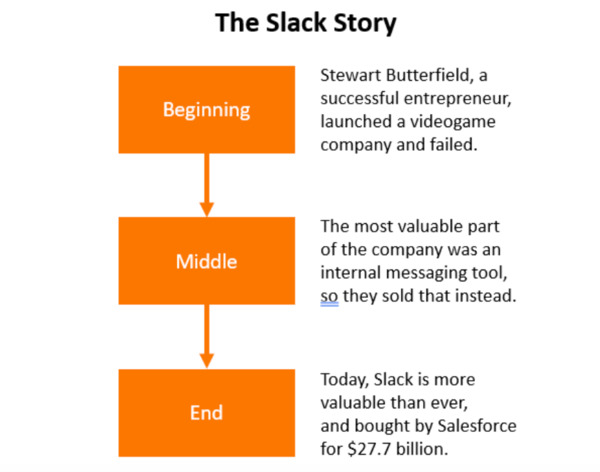 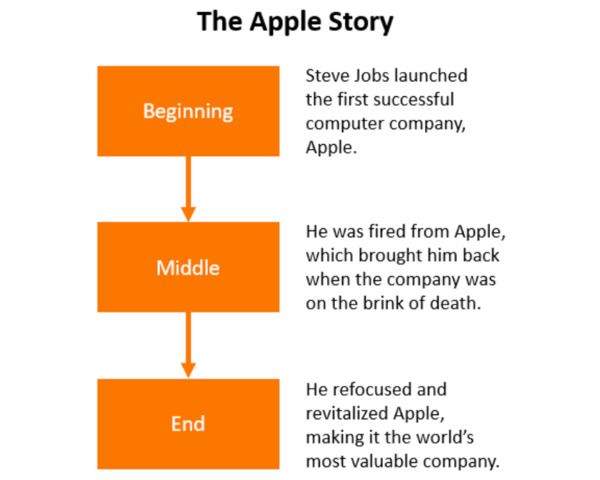 Good company stories have a beginning, a middle, and an end. It’s not enough to say, “We didn’t like the other protein supplements, so we created our own.” That’s a beginning and end, but no middle. We want some drama and some conflict.

Good company stories have a surprising twist. Bob builds a grain mill, then the mill burns down — but he saves the millstone and builds back bigger than before. Failure and rebirth is a classic theme: humans will always be hungry to hear that story. Bob literally saves his company from the ashes.

Good company stories have a sense of resolution. A good company is still living and evolving, so the story is not complete. But a chapter has been closed. (Think of it like a James Bond or Avengers movie: a complete story, with more in the franchise to come.)

Good company stories are authentic. You can’t make stuff up, but you do have to make up the story. In other words, the story had to really happen – but you are the author of that story, so you get to tell it on your own terms. This “framing” of your company story is the real power.

No one wants to hear, “We made some great products, but had to lay everyone off during the recession.” Failure by itself is a downer. Failure + redemption = pure joy.

Your redemption should take the form of “lesson learned,” “a turning point,” “realization,” “then it all clicked,” or “it was the best thing that ever happened to us.”

Again, you have to actually believe these things. It’s important to find a story that you actually believe, and that can be hard work. It’s as if you’re taking this random sequence of events and trying to mold them into a coherent narrative. I promise you it’s there, but you really have to work at finding it.

Ultimately, the fact that the company is thriving is a testament to the story. The company itself is the proof.

How to Test Your Company Story

In his terrific book Save the Cat, Hollywood screenwriter Blake Snyder shares how he develops new movie ideas: he literally pitches them to anyone who will listen. If he’s standing in line at the coffee shop or having dinner with friends, he’ll say, “Here’s the pitch: a dog and his owner switch bodies…”

Telling your company story will feel weird at first. Anything new feels weird. You have to just keep practicing it, keep improving, keep refining. The story can be fluid. The story can change.

If you work for a large company with a history that predates you, you’ll have to dig into the company archives to find the threads of story that you can pull into the modern day. “We were started by two brothers, we almost lost it all when they sued each other, but they made up and today we’re disrupting the entire market.”

A good company story is like a three-act play.

Stories require simplicity. You have to leave a lot of stuff out. Some people feel this isn’t being honest, but it’s really a requirement for telling a good story. As long as you are faithful to the essence of what happened, feel free to switch sequence, blend events, and simplify the storyline.

As you tell (and retell) your story, watch the reactions. You don’t have to tell people you’re testing out your story, you’re just trying to see which parts resonate. You’re trying to get the “beats,” or the bones, of the story fleshed out. Watch for facial reactions. Most importantly, see if people repeat the story.

Every time you tell the story, you’re making the story stronger. You’re planting your meme in more minds. That makes your company more memorable, and research shows that memorable companies make more money. (Or to put it another way, repetition = revenue.)

It’s common sense that if people like your story, they’ll tell it to other people. And when that happens, you’ve got good old-fashioned Word of Mouth.

Inside this book is cleverly hidden a company story.

At Media Shower, we practice what we preach. The Media Shower story is so good that it was published as a book called Blockchain for Everyone. (Elevator version: I bet the company on a new technology called blockchain, lost everything, then gained it all back.)

But you don’t need to stop at a single story. Within your company, there many, many mini-stories – call them “learning moments” – that illustrate how your company solves problems, handles difficulties, or lives out its values.

At Media Shower, you can read some of these stories for free:

Each one uses the Company Story Formula: beginning, middle, end. Conflict, a twist, and resolution. And they all really happened.

Keep your eyes open for these stories. Collect them. And when you’re ready, use our free Company Story Worksheet below to communicate your own story better.

Thanks for downloading our Company Story Worksheet! Download it here. And when you’re ready to have Media Shower build your own company story, click here to get a free trial.