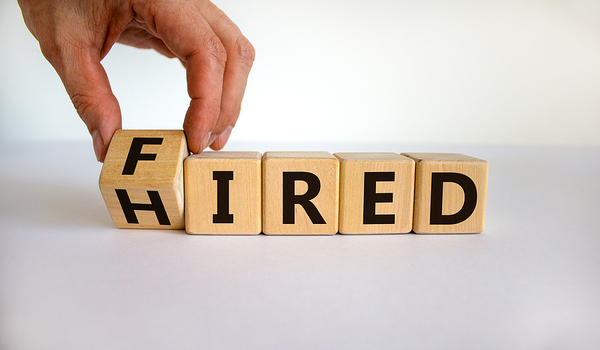 The client had a banking website that wasn’t getting much traffic.

To be clear, we suggested writing about bitcoin banks, a new product category. We saw the coming wave of digital currency and knew there would be a need for banking providers to hold digital money for consumers.

We predicted people would start calling them “bitcoin banks.”

After our kickoff meeting, we put together a content roadmap and a team of financial experts who wrote all about bitcoin banks: how they worked, who owned them, rankings and reviews. Page after page, post after post. Like pioneers marking out valuable plots of land on the wild frontier, our goal was to own the space.

Then, after three months, the client fired us.

When our clients are running short on budget, they usually ask to “pause” our services. (Because we have no long-term contracts, it’s easy to pause.) Sometimes the pause lasts a month, sometimes a year.

In this case, it was nearly three years before the client came back to Media Shower. After reading about our Citizens Bank award, our main client contact reached out, and we were happy to hear from him.

“I hired some lower-priced content writers,” he confided. “They’ve been working with us since you left. After all that time, the work Media Shower did in three months is outperforming all the work they’ve done in three years.”

He showed us his Google Analytics, and it was true: our three months of content was now driving 60% of the total website traffic.

By focusing on our target topic (bitcoin banks), the site was now ranking on over 2,500 keywords, including “banks that accept bitcoin,” “bitcoin friendly banks,” and “crypto friendly banks.” In total, those pages and posts were pumping a fresh stream of 10,000 visitors per month into the site.

“Land and expand,” we advised him. “Take your content stronghold and build it out further, to related keywords and topics. Build on what’s working. Own the space.”

That flipped the script. He fired his low-priced content writers, and rehired Media Shower.

We took those amazing results, and we did it again. Now that we had a stronghold of search strength, we were able to build out more keywords, more topics, and more great content. Over the next six months, we took the site from 25,000 keywords to 30,000 ranking keywords in Google.

(In plain English, that means the site was showing up for 30,000 different search terms like “bitcoin banks.” AHREFs valued that organic traffic at over $50,000 per month. All that traffic was free, without paying a dime to Google.)

Today, that website is leading the banking industry. You’ve probably heard of them – in fact, you’ve probably read their content. Ka-ching!

Anticipate the future. As the hockey legend Wayne Gretzky said, “I skate to where the puck is going.” Build content and communication around what your customers will be searching a year from now (“bitcoin banks”).

Be consistent. Keeping with a consistent content strategy over the long term can feel slow, but it’s the fastest way to success. (Don’t fire and rehire.)

Think long-term. Communication is a long-term play. Like a drip on a rock, keep at it, day after day, year after year. Play the long game, and you will make a difference. (Good communication takes time.)

At Media Shower, we’re building a better media company. Read the manifesto, or get a free trial.