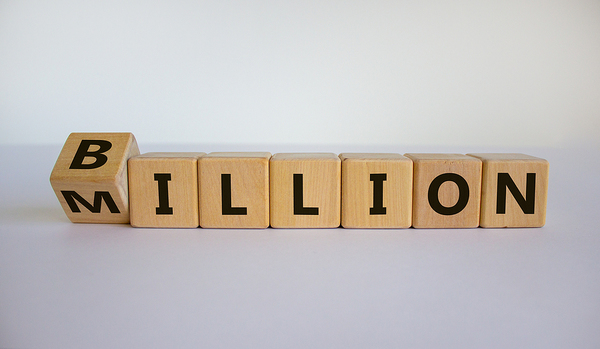 It’s not every day we see a client go from zero to a billion dollars. But in blockchain, it happens All. The. Time.

Blockchain is a new technology that we’ve called “The Internet of Value.” (We literally wrote the book on it.) This means great fortunes are made every day; some have likened it to the California Gold Rush of the late 1840s, or the dot-com excitement of the late 1990s.

But there’s a catch: in order for our blockchain clients to really take off, they’ve got to be extremely good communicators.

This is because blockchain is a decentralized technology, which simply means the people have the power. As opposed to a centralized company (think Facebook or Apple), a decentralized blockchain (think Bitcoin or Ethereum) has to manage a wide, global, opinionated community of users.

As an analogy, think about the difference between issuing press releases (centralized) and managing an online message board (decentralized). Or think of a restaurant running TV commercials (one-way) versus managing its Yelp reviews (two-way).

The world is increasingly moving toward decentralization. This means the old-school, top-down approach to communication doesn’t work. (You can’t hide bad Yelp reviews.)

Blockchain is decentralization on steroids. If you know how to harness it, those steroids can pump you up.

In the old days, we had a handful of TV channels, a few network news anchors, and Super Bowl ads. It was called “mass media,” because it was still a medium for the masses.

Today, most companies still think in these terms: marketing to the masses. They are all talk, no listen. This is marketing from a bygone era. (It was a simpler time.) This is centralized marketing.

Today’s marketers understand they’ve got to engage users at the point of need. Put another way, they listen to their customers. This is decentralized marketing.

Most marketers don’t have time; they are already frazzled and bleary-eyed. “Who’s going to do all this listening?” they ask, clutching handfuls of hair. “I’m trying to just figure out my Q1 calendar, I have no time to spend all day on Discord.”

Which brings us to our billion-dollar blockchain client.

How to Build a Billion-Dollar Blockchain

Good blockchain projects understand decentralized marketing because decentralization is at the root of blockchain.

Take our client, who had created a new blockchain-based digital currency. (If you’re new to this world, try reading our other book, Blockchain For Everyone.) Our client realized that getting this currency into the digital wallets of users around the world would be the key to success.

Like you, they had a small internal marketing team. But with Media Shower’s help, they embarked on a massive marketing campaign. Here were the key elements:

This kind of effort builds trust. Users and customers feel heard. As more trust led to more engagement, the value of their digital currency grew.

When their market capitalization (that is, the total value of their digital currency) passed $1 billion, we did a happy dance. Little did we know that they would pass $2 billion just a few months later. As of this writing, the digital currency is on its way to $3 billion in total value.

This is what happens in decentralized networks: they take on a new momentum, and the goodwill you’ve built with those users – their trust in your product – propels you to new heights. (We call it the “Rocket Ship Rule.”)

Instead of a one-way approach to communication, in other words, today’s businesses do two-way communication. Instead of “top-down,” it’s “inside out.” 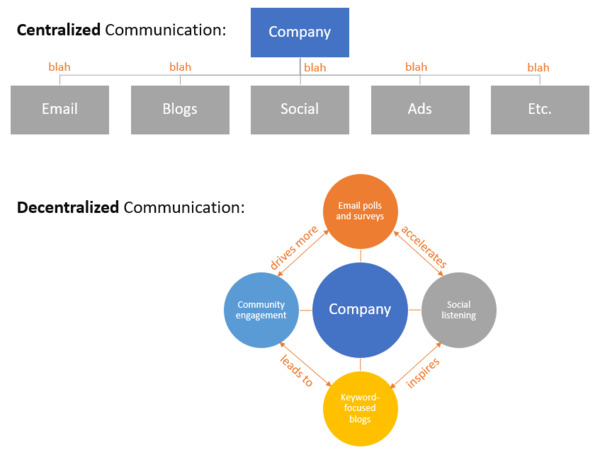 This is what decentralized communication is all about: talking and listening.

With users, with customers, with your company. It works for blockchain, and it’ll work for your business. 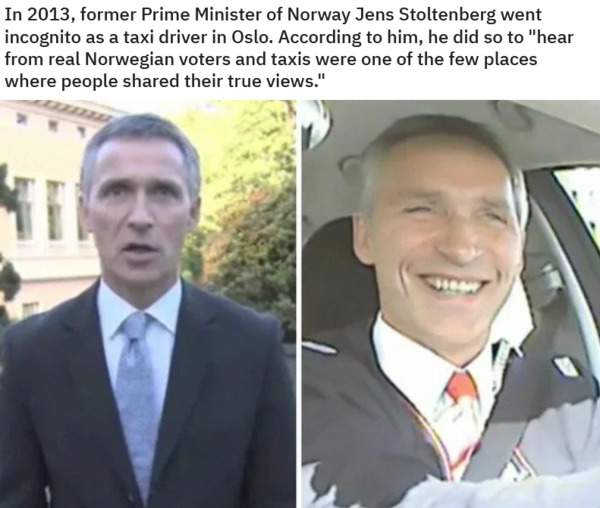 This is what listening to your users looks like.

At Media Shower, we’re the experts in decentralized communication. Read our Manifesto, or click here to get a free trial.