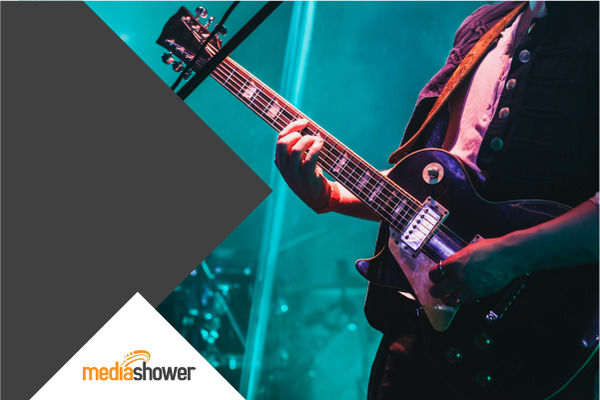 Most people see Bob Dylan as an iconic musician who impacted a generation in turmoil with his deep and thoughtful lyrics and had a music career spanning nearly 60 years. In reality, though, Dylan is a master communicator who won a Nobel Prize for literature, even though he mumbled in some of his songs and used nonsense words in others.

Dylan came to prominence in the 1960s, penning songs like “Blowing in the Wind” and “The Times They Are A-Changing” that became part of the soundtrack for the Anti-War movements. Unlike many music artists of his time, Dylan incorporated philosophy, politics, and literature into his lyrics. Dylan was countercultural, and his music appealed to the growing counterculture at the time when it began to hold tremendous influence over the culture.

When Dylan won the Nobel Prize for Literature, people questioned whether song lyrics and three published books were enough to justify the prestigious award. What most people didn’t realize was that Dylan meticulously researched every aspect of his music, from the style and genre to the lyrics and the ideas they embodied.

In explaining the reasoning behind their decision, the Swedish Academy said Dylan “created new poetic expressions within the great American song tradition.” He did this because he tirelessly studied his art as few artists have before or since.

Dylan said, “If you like someone’s work, the important thing is to be exposed to everything that person has been exposed to. Anyone who wants to be a songwriter should listen to as much folk music as they can, study the form and structure of stuff that has been around for 100 years.” This is the way Dylan approached songwriting, and in doing so, became the powerful “voice of a generation” with a message like no other.

Dylan explained in a 1985 interview that he chose folk music because it allowed him to go deeper in his music and share his experiences of life with more meaning and seriousness.

The thing about rock’n’roll is that for me anyway it wasn’t enough … There were great catch-phrases and driving pulse rhythms … but the songs weren’t serious or didn’t reflect life in a realistic way. I knew that when I got into folk music, it was more of a serious type of thing. The songs are filled with more despair, more sadness, more triumph, more faith in the supernatural, much deeper feelings.

People of substance gravitate toward depictions of life they see as real and true–whether joyful or despairing, ecstatic or grieving. Dylan had a highly publicized conversion to Christianity in the late 1970s and released several gospel albums out of that heartfelt experience.

Whatever he was going through, it came out in his music, and this didn’t always please fans. To his credit, though, Dylan stayed true to himself, and his musical integrity won back many disgruntled fans who struggled with the many twists and turns his music took over the years.

Even Dylan’s grunts, mumbles, and nonsense words held meaning and were a means of expressing feelings on stage that could not always be put into words. He was very deliberate in the choices he made while leaving room to express himself and the meaning he wanted to convey in a genuine way.

Part of Dylan’s brilliance was that he continually evolved as a musician and as a person. Even when his fans protested the changes, he continued to explore different musical and lyrical styles, often blending them and making them his own in ways that no one else had done before.

Many of Dylan’s fans would have been happy to hear one cookie-cutter album after another or to experience his “endless tour” of all their favorites, year after year. But Dylan knew that such an approach would eventually turn stale, and his artistic drive would not let him rest on his laurels for too long anyway.

Because of this, Dylan continued to evolve year after year and decade after decade until he had built a catalog of music that could almost be seen as a chronicle of his life over close to 60 years. Until COVID-19 hit, Dylan toured constantly, and his tour was known as the “Never-ending Tour” until that time.

Now, at 80 years old, Dylan has won many awards for his music and managed to win back disgruntled or uncertain fans numerous times during his career.  In addition, his fans and followers have been able to go on a long and meaningful journey with him that has enriched all of their lives.

Part of the reason Dylan was able to do what he did in his musical career was because he stayed humble. Way back in the mid-1960s, after several huge hits made Dylan a megastar, he took eight years off from touring following a motorcycle accident. Part of his reasoning was that he was uncomfortable with the fame he was finding and the pressure it brought.

Even after Dylan was awarded the Nobel Prize in 2016, he approached it with humility rather than looking at it like something he deserved. To the shock of many, Dylan didn’t comment on getting the prize for two weeks or acknowledge it in any way.

As people began to get angry with Dylan for ignoring the award, the first-ever given to a musician, he finally came forward to accept it with honor, expressing his humbled reaction by saying, “Whoever dreams of something like that?”

While Dylan continually reached for the stars during his storied musical career and became an iconic figure to many in American culture, he didn’t presume to think he would be such a great figure or begin to take his status in the music industry for granted. Many stars have crashed and burned under the weight of their own stardom, but Dylan kept his head about him and remembered who he was and continues to do so to this day.

The Times They Are A-Changin’

As the communication landscape changes all around us, learn how Media Shower can help you adapt with the times, communicating a message that resonates with today’s audience. Download our Media Manifesto.