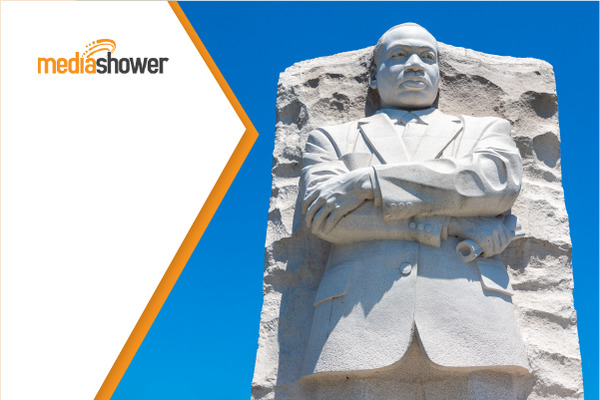 From “I Have a Dream” to “Letter from Birmingham Jail,” Martin Luther King Jr. was able to employ his gift for communication to achieve his goals. But not everyone with top-notch communication skills can entice change.

When communication is harnessed to the extent that leads an individual, like Martin Luther King Jr., to become an influential figure during his time and beyond, it’s worth exploring just how much of an impact one person can have on the world when they use their voice. Here’s how communicating for change works.

Martin Luther King Jr. was a man of many talents, but he’s most well-known for his gift with words and his ability to inspire people through the power of communication. His speeches were so powerful that they helped change how society approached civil rights and inspired millions worldwide. But how did he do it?

Let’s take a look at how MLK Jr.’s use of language and communication advanced the civil rights movement.

Emphasize Your Message Through Repetition

MLK Jr. used repetition to emphasize key points throughout his speech, making them memorable and effective.

In his “I Have a Dream” speech, he repeated specific phrases over and over again to get the message across loud and clear. For example, he repeated “I have a dream” three times.

He also said, “When we allow freedom to ring…when we let it ring from every village and every hamlet, from every state and every city…” this is an excellent example of repetition as well. In fact, he repeats “every” three times in the same sentence.

Repetition is an excellent tool for getting your message across and ensuring that people don’t forget it.

MLK Jr. also used alliteration to emphasize his points throughout the speech. He repeated certain phrases that began with similar sounds, making for a more memorable experience and an even more significant impact on listeners.

For instance, he said: “I have a dream today! I have a dream that one day….” When you repeat phrases that begin with the same sound, it makes your words more memorable and impactful.

Alliteration is a very effective tool for communicating an idea or message to others because of how easily it sticks in people’s minds due to its catchy nature.

Use Rhetorical Questions to Stir Reflections

In his “Letter from Birmingham Jail,” MLK Jr. used a rhetorical question to make the audience think about their own actions. You might recognize this as an effective tool for getting people involved in what you’re saying and helping them understand where you’re coming from. 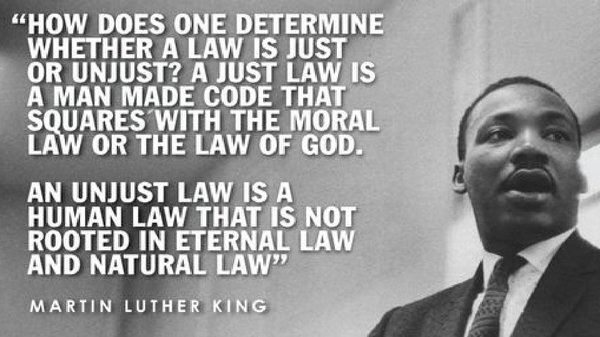 MLK Jr. asked, “How does one determine whether a law is just or unjust?” This was a compelling rhetorical question because it forced the audience to think about their own actions.

When you ask your audience questions about their own actions or beliefs, you persuade them to look at things from your perspective and really think critically about what they’re saying/believing. In doing so, they could possibly see things in a different light.

Leverage the Power of Allusions for Relevancy

MLK Jr. also used allusion throughout his speeches. An allusion is where you reference something else that someone might be familiar with, so they can better understand the point you’re trying to make.

In this quote, he references a song called “We Shall Overcome,” which was popular during the civil rights movement and accurately represented what people were feeling and going through.

Allusion is an effective tool because it can help to make your speech or writing more meaningful and memorable for the reader, especially if you reference something they’re familiar with already.

Even though MLK Jr. was passionate about his beliefs, he always kept a positive and encouraging tone in his speeches. His speeches were also respectful but firm. He forced society to see what African Americans were going through and why they wanted a change so severely just through his tone.

If anything, that boils down to the fact that he knew what kind of tone would be best suited for each audience, whether it was positive, encouraging, angry, hopeful, or sad. MLK Jr.’s delivery always matched perfectly with what he wanted us all to feel during each moment in time throughout history’s greatest fight for equality.

He never came across as too aggressive but rather more reasonable and composed in terms of what he had to say. The lesson learned here is that through the right tone, you guarantee that people listen and understand what you have to say, not just hear it.

Do You Want Better Communication for Your Brand?

MLK Jr. used his gift of communication to help change the way society approached civil rights and freedom at large, which is why he’s considered one of America’s greatest leaders. If you want to inspire others around you to take action, make a difference themselves, or more, better communication can help you accomplish anything!

We can learn from this great leader by remembering that no matter who you’re speaking with – using these techniques will help you communicate more effectively than ever before with your customers.

We can help you do that. Our goal is not just to create content but also to make sure it gets in front of the right eyes at the right time. That way, we can ensure that every piece of communication from your business has a positive impact on its bottom line. If you’re ready for something new, contact us today.