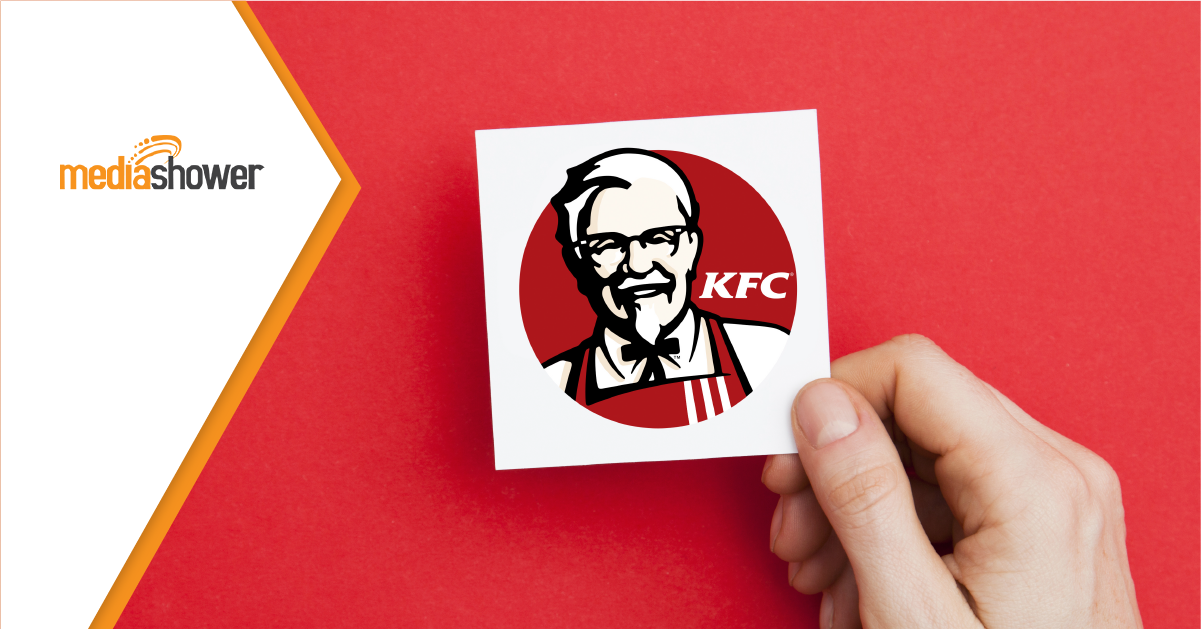 TLDR: KFC uses wild and crazy campaigns to attract attention and engage customers. The brand’s strategy is to look beyond preconceived notions of ordinary marketing.

So What?: If your brand can be a little silly, and especially if it has a mascot, then you can copy some of KFC’s marketing ideas.

Fried chicken-scented candles. A hot tub shaped like a bucket of chicken. A bearskin rug made out of, not bearskin, but Colonel Sanders.

No, those are not surreal scenes from the latest David Lynch film. They are very real marketing campaigns made by KFC.

KFC’s marketing thrives on the bizarre. Their customer engagement campaigns run on a few key themes:

Their marketing strategy works. KFC is the world’s second-largest restaurant chain, with over 20,000 locations, and a revenue of almost 28 billion dollars in 2020.

Crazy sells. KFC’s marketing campaigns succeed in promoting customer engagement because of their outlandishness. They get in your face, distract you from everything else, and make you crave chicken.

Some of KFC’s most memorable campaigns are also their craziest:

In many cases, KFC likes to create a novelty item that evokes its product. They can then sell the item or give it away as part of a social media competition.

Social media competitions have the advantage of drawing attention to the brand three times:

Keep in mind that KFC can promote itself this way only because of its product. Fast food fried chicken is not an inherently serious idea. Retirement planning, cancer treatments, and criminal convictions, on the other hand, are a bit more serious. If you run an investment firm, a hospital, or a law firm, you might want to think twice about pursuing a marketing strategy as absurd as KFC’s.

Unlike many other mascots, Harland Sanders was a real person, and he really did found KFC. He was not, however, a real colonel.

Sanders’ dedication to selling chicken during life turned into the company he left behind using his image in death. It was what he would have wanted, after all. After founding the chain at the age of 65, Sanders spent the rest of his life touring the United States as the Colonel to promote his business.

KFC has used Sanders’ image in a large number of their marketing promotions, including:

The list goes on and on. If you can think of any ordinary object, chances are that KFC has tried making one in the shape of Colonel Sanders.

Mascots are valuable. They lend a personable element to the otherwise bland exterior of the modern corporation. People can relate to mascots. In addition, mascots can be made into stories, which capture attention while attracting sales.

Content is king. People love to watch videos, listen to music, and play games, whether or not those products are trying to sell something.

In general, KFC’s Youtube channel is a treasure trove of wacky promotional videos.

Content works so well these days because of social media. When people like what they see, they are more likely to share it. Sharing promotional content is a great form of customer engagement, as it furthers marketing efforts for free.

Part of KFC’s marketing is its “KFC Innovation Lab” series. KFC runs an actual “lab” dedicated to coming up with kooky ideas for KFC-themed items to sell. In the past, they invented objects like the Kentucky Fried Hot Tub.

Rather than simply producing and selling them, the Innovation Lab creates an IndieGoGo project. This attracts attention and allows motivated consumers to chip in.

Proposed projects that receive enough crowdfunded investment will actually get built and sold. Initial investors are the first to benefit.

What if a project doesn’t receive enough money? Not a big deal. It still attracted attention, and now the marketing team has a better idea of what will work and what won’t.

How to create customer engagement the KFC way.

KFC’s model works so well because their brand was pretty silly from day one. Colonel Sanders was not, after all, an actual colonel.

If your brand is a little silly to begin with, you will have no trouble adapting elements of KFC’s strategies. The key is to have as few boundaries as possible when coming up with new ideas.

KFC’s Innovation Lab is chock full of wacky, outlandish ideas that have no purpose other than their ability to advertise fried chicken. The brains behind those campaigns work hard to remove every fixed idea about what “proper” marketing should look like. To that end, they have created fried chicken-scented candles, Colonel Sanders pool floaties, and crowdfunded ideas.

But note that while KFC has few boundaries when it comes to artistic taste, they stop short of outright offending and alienating people. KFC’s marketing is startling, weird, and amusing, but definitely not inflammatory.

Possibly their best tool is their mascot. A large proportion of their marketing campaigns involve Colonel Sanders in some way.

If you have a mascot, think about every possible way to use your mascot, and then think of some that sound impossible. If you don’t have a mascot, consider creating one. A mascot gives a face to your brand and material for all the weird items you can think of.

At Media Shower, we make the perfect marketing plan for your business. Whether or not you need an absurdist KFC-style campaign, we know just how to help your business thrive.