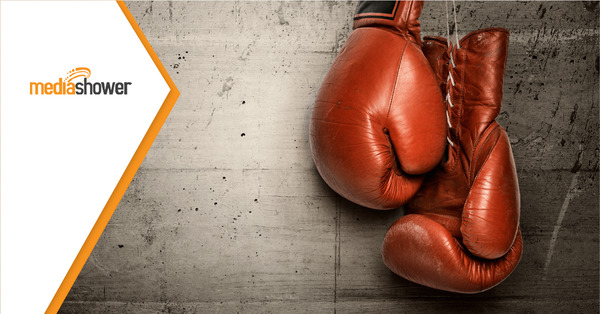 Marketers can learn from Ali’s masterful way of promoting himself as “the greatest” boxer and using his fame to get his message out to the world.

Not everyone thinks about communication when they picture Muhammad Ali, arguably the greatest boxer that ever lived and one who paved the way for many others to be legendary in their own ways. In truth, however, Ali was a man who never doubted himself, and he had a unique style of communication that got his message across effectively in a way that didn’t compromise his authenticity.

Generations of athletes and activists have emulated Ali’s confidence and swagger, his commitment to his beliefs, and his dedication to changing the world around him.

Ali, born Cassius Clay to a low-income family in Louisville, stunned the boxing world when he won a Gold Medal in light-heavyweight boxing in the Rome Olympics in 1960 at the age of 18. Throughout his career, he repeatedly referred to himself as “The Greatest,” and people who watched his performance in the ring quickly came to believe it.

Confidence doesn’t mean a whole lot if you don’t have the “stuff” to back it up. If you can show, as Ali did, that you/your brand are exceptional at something, however, then projecting confidence with your statements will help you get the recognition and business you deserve. Long before Ali probably knew what marketing was, he was doing it, and it helped him tremendously in his professional life as well as the activism that came to define him.

Undoubtedly, it took just as much confidence and courage to stand up for his beliefs–refusing to serve in the military during Vietnam, fighting segregation, and winning his court fight to keep boxing after avoiding the draft–as it did to be a champion in the boxing ring. Ali showed himself to be equal to these challenges, and confidence will help you win over your challenges as well.

Ali could have put people off with the dead seriousness of all he was trying to do to advance racial equality and fight racism during the 1960s in America. While Ali used a number of speaking techniques, humor was one tool in his arsenal that served to break down barriers and remind people that he was a real person, not a boxing machine or a political mouthpiece.

When he confronted segregation at a diner back in Kentucky after winning a Gold Olympic medal, Ali knew just how to diffuse the situation. When the diner owner told Ali he didn’t “serve n*****,” Ali quipped back, “That’s OK, I don’t eat ’em.”

When he was preparing to fight George Foreman in 1974, he claimed hyperbolically to the press that he wrestled an alligator and fought a whale. He finished his rhyming poem, “I’m so mean I make medicine sick.” While some bragging can just come off as arrogant and annoying, Ali’s style of doing so incorporated humor and became endearing to his fans.

Ali started out as a boxer, but he ended up much more than that. By the end of his life, he became an activist, a philanthropist, and a poet. Ali could have told himself that he had to focus only on boxing, but instead, he looked to move beyond pigeonholing and branch out into other areas where he had an interest.

The poetry of Ali became part of his trash talk when he had a big match coming up, and it led to some of the most memorable sports quotes of all time. The most famous was probably this one: “Float like a butterfly, sting like a bee. His hands can’t hit what his eyes can’t see.”

As Ali grew older, he became more philosophical. He testified to this evolution when he said, “A man who views the world the same at fifty as he did at twenty has wasted thirty years of his life.” He also said things that uplifted others, including, “If they can make penicillin out of moldy bread, then they can surely make something out of you.”

Stay True to You

It’s a pretty sure bet that Ali’s manager and handlers would not have advised him to refuse the Vietnam draft or to share publicly his conversion to the Nation of Islam, complete with a name change when he had already built a winning reputation and was making his name, then Cassius Clay, known.

Ali made a lot of decisions that PR professionals might have advised him against, but he succeeded anyway because of his talent and because he stayed true to himself through it all. His integrity and willingness to live according to his convictions became a part of his success rather than hurting it.

Ali had to know that his time as a champion boxer would be limited, and he decided early on to invest in his life outside of boxing. After his boxing career came to a close in 1981, he continued to speak out about issues of race and to support causes that were near and dear to him.

He helped negotiate the release of 15 hostages from Iraq in 1990, and in 1998, he became a United Nations Messenger of Peace for his work in other countries. He was awarded the Medal of Freedom in 2006.

Ali is a reminder to brands that it’s important to be true to your brand voice and to approach your marketing with integrity. If there’s not something bigger than your brand or its products for customers to attach to,  your customers may feel like something’s missing.