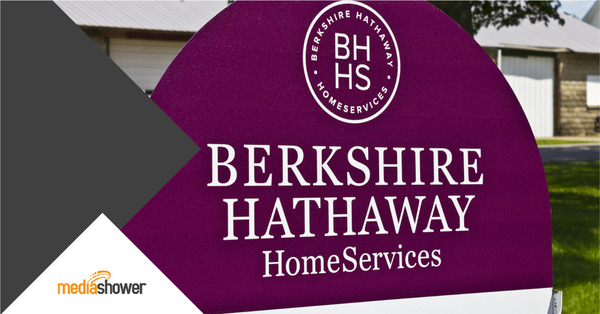 Buffett states that when young businesspeople invest in improving their communication skills, they will make 50% more than they would otherwise.

There aren’t too many living public figures that are quoted as often as Warren Buffett. As a billionaire investor, his opinions on the stock market and financial topics are eagerly sought after by many who want to know how he amassed one of the largest stock portfolios in the world.

But as Buffett has explained in many interviews, communicating his ideas did not come easy to him. Instead, at the age of 20, he had a great fear of public speaking and decided to take a Dale Carnegie speaking course to try to get over it.

He spent $100 on the course in 1952 and has called it his “greatest investment.” And for Buffet, that’s saying a lot since he has made billions of dollars in the stock market. It’s the only diploma he hangs on his wall, he told a Stanford graduate in The Investor’s Field Guide Blog.  “The impact that class had on my life was huge,” he said.

“If you can’t communicate and talk to other people and get across your ideas,” Buffett said, “you’re giving up your potential.”

In the almost 70 years since Buffett took the Dale Carnegie speaking course, he has continued to learn about communication and how to do it well. Marketers can find some helpful takeaways for their own communication from what Buffett has learned and how he has communicated over the years.

It would have been nearly impossible to gain the trust of thousands of investors and company owners without having first established candidness as a critical part of the equation. Whatever else good communication may entail, it needs to be honest if it is going to have any lasting credibility.

By saying important and true things about your company, you will come across as authentic and trustworthy, and potential customers will be more willing to take a chance on you. It’s just that simple.

Although Buffett is now in the top 10 of the world’s richest people and Berkshire Hathaway is currently valued at over $600 billion, he has also made some bad investments over the years.

Buffett has built trust with his business associates and the many people who invested in his companies by admitting his mistakes. In 2007, he acknowledged in his annual investor letter that a 1993 purchase of Dexter Shoe Company for $433 million had ended up costing investors $3.5 billion. “To date, Dexter is the worst deal that I’ve made. But I’ll make more mistakes in the future — you can bet on that,” Buffett wrote.

Similarly, in 2020 he sold his share of four major airlines he had invested in before the pandemic. He admitted that the airlines had been a bargain when he snapped them up, but he wasn’t sure whether people would ever go back to flying at the pre-COVID levels.

When Buffett speaks to an audience or communicates in writing, he said he finds it helpful to imagine his target audience. For him, his two sisters make the perfect sounding board because, as he said, they are highly intelligent but don’t understand the financial jargon that he might be tempted to use in speaking to audiences of investors or the general public.

“My goal is simply to give them the information I would wish them to supply me if our positions were reversed,” Buffett said. “To succeed, I don’t need to be Shakespeare; I must, though, have a sincere desire to inform.”

By keeping a specific person in mind, he said, it is easy to figure out how you need to address your audience without becoming confused or overwhelmed.

Buffett firmly believes in using plain language to speak to his investors and associates, as well as to the public. In his many years reading financial reports of public companies, he has observed how they can use jargon to obscure what is really going on, or say a lot of words that don’t really say anything.

“Too often, I’ve been unable to decipher what is being said or, worse yet, had to conclude that nothing was being said,” he wrote in a book preface. “In some cases, moreover, I suspect that a less-than-scrupulous issuer doesn’t want us to understand a subject it feels legally obligated to touch upon.”

When Buffett speaks to his audience, thinking about them as his non-expert but intelligent sisters, he needs to use plain language in order to make complex financial topics understandable. Unlike some of the companies he has seen trying to hide the truth, Buffett knows that people won’t invest in Berkshire Hathaway or any of the many companies it owns and manages, if they don’t understand how it works.

In the same way, your customers need to understand how your business works. Explaining it in simple language — no matter how complex your product — will lead to greater marketing success.

At Media Shower, that’s what we do. Download our Content Marketing Return on Investment Calculator to find out how Media Shower can be an investment in your brand.