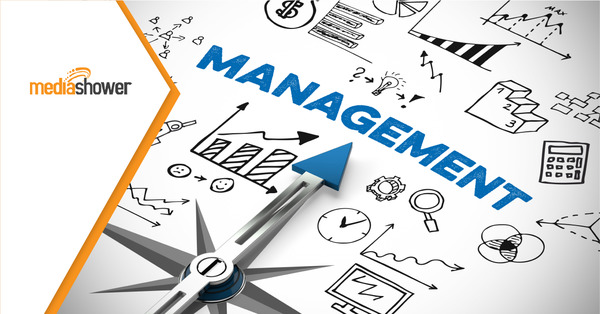 It’s not enough to be among the best at coaching businesses; Drucker also cared about the broader functioning of society and how good management could lead to a greater humanity.

Peter Drucker was known as the “father of management thinking” because he consulted with most of the top corporations over several decades and wrote 39 books, most of them about management and business. The companies (and some non-profits) that he helped referred to him as a “master” or a “guru” because he had unique insights about the way their companies were run and could get managers focused on what they needed to do to be more effective.

Despite Drucker’s prestige as a management expert, he defined himself mainly as a “writer” and communicator. Though his status was elevated by the time he hit the peak of his career, he always remained focused on getting his message out and doing so in the most effective way possible.

Here are some of Drucker’s top communication secrets and what they might mean to business leaders and marketers as they navigate their own challenges.

Drucker’s main reason for writing about management and working with corporations was not ultimately about management; it was to facilitate “a functioning society,” a much bigger aim. Drucker watched nations fall into fascism because of poor management during World War I and the Great Depression. And he believed that better management of companies would prevent that from happening again.

“These catastrophes broke through the everyday routine which makes men accept existing forms, institutions and tenets as unalterable laws,” Drucker wrote. “They suddenly exposed the vacuum behind the façade of society.”

Throughout his career, Drucker was forward-looking and became adept at spotting trends, which he could then articulate to the corporations he worked with and include in his books. He saw the trend of increasing specialization, the movement toward centralized top management, and the rise of pension and mutual funds as major stakeholders in corporations through investment.

Drucker’s ability to see what trends were coming, but not yet here, rested on keen powers of observation and using his analytical skills to spot patterns and changes on the horizon. It is not enough for marketers and business leaders to say “something,” they must have the ability to make meaning out of seeming chaos and be insightful about their area of expertise.

3. He listened more than he talked.

Most communicators would agree that they are much more effective when they listen more than they talk, and Drucker is no exception. He would never have been able to write books about management without listening carefully as business leaders expressed their thoughts and talked about what management techniques have worked for them (and which ones were a dismal failure).

Drucker advised corporations to ask, “Who is your customer?” even as he was asking himself the same question about the corporations and organizations that hired him to consult. And a big portion of his success was being able to answer that fundamental question and communicate it to them.

4. He could be self-deprecating.

Communication suffers when people puff themselves up instead of building others up. After more than 30 books, you might think Drucker would swagger into an office or speaking venue and boast about his status as a “guru” of management, but this is what he had to say about the label.

People only used the word guru, he said, because “charlatan” was too hard to spell. This from someone of whom Harvard’s Rosabeth Moss Kanter once said, “Peter Drucker’s eyeglasses must contain crystal balls because he anticipated so many trends.”

His comment and the humility that accompanied it only seemed to make him more revered, as genuine humbleness appears to do. Bestselling 1990s business author Michael Hammer said of Drucker, “I have had the privilege of sharing a podium with Peter Drucker; on such occasions, I felt as though I was playing back-up horn for the archangel Gabriel.”

5. He read between the lines.

Drucker looked at what influenced managers, what their unspoken codes were, and the nonverbal cues that made up 90% of all verbal communication when he worked with them as a consultant. As a result, he gained unique information that he used to inform his advice and suggestions.

6. He focused on the next steps.

Drucker did not have time in his busy schedule to be anything but direct with those he consulted for and otherwise interacted with. One example of his directness was in the way he got corporations to focus on the next right steps for them to take, which led in many cases to dramatic leaps in success.

When Jack Welch became CEO of GE, Drucker asked him to evaluate some of GE’s corporate holdings by asking himself, “If you weren’t already in this business, would you enter it today? And if the answer is no, what are you going to do about it?” Those direct questions led Welch to fix, sell off or close every GE-owned business that wasn’t number one or two in its market.

Former president of Coca-Cola Donald Keough said Drucker “purified” his mind. “He would tell me after each session, ‘Don’t tell me you had a wonderful meeting with me. Tell me what you are going to do on Monday that’s different.'”

7. He took responsibility for his communication.

In management, it is not effective to pass the buck when a mistake happens or something doesn’t get communicated the way it should. Taking responsibility for the communication within a company ensures that things happen in an orderly manner and that business isn’t lost because of miscommunication.

It’s essential to be the best possible communicator as you show what your brand stands for and create marketing messages that will drive customers to your brand.  Here’s a tool that will help: Download our Content Marketing Calculator and instantly calculate your Return on Investment in better communication.