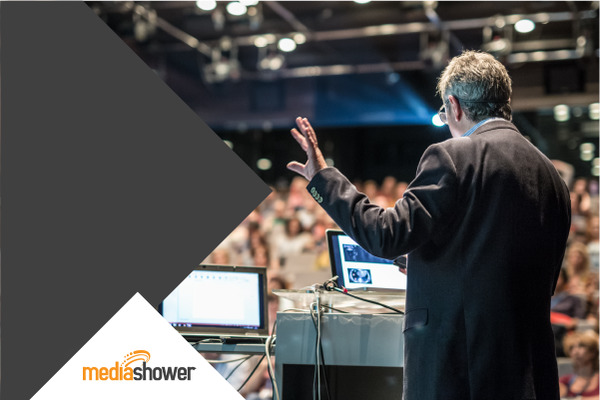 Jobs knew that the best way to break through people’s mental clutter was to say things that mattered in a way that would be relevant to their lives.

Former Apple CEO Steve Jobs was arguably one of the most influential business leaders of the past century. He was known for his ability to communicate with passion to drive innovation and success. He is widely regarded as one of the most inspiring communicators ever to be in the business world.

Jobs used simple communication techniques that packed a punch in part because of their simplicity. He had a threefold purpose to his communication: to educate, to inform, and to entertain. He captivated audiences with creative storytelling about how Apple products could be dynamic solutions to their business and personal life problems. In doing so, Jobs drove Apple to the top of the market for sales of its products.

In 1997, Jobs returned to Apple after a 12-year absence and at a time when Apple was not doing well. In fact, it was nearly bankrupt because its product line was floundering.

Jobs held an informal staff meeting upon his return, and the way he spoke at that meeting showed his passion and vision for the company that he helped start in the mid-1970s. “Marketing is about values,” Jobs said. “We have to be really clear about what we want [people] to know about us.”

“Our customers want to know who is Apple and what is it we stand for,” he continued. “What we’re about isn’t making boxes for people to get their jobs done, although we do that better than almost anybody in some cases.”

Apple’s core value, Jobs said, is that “we believe that people with passion can change the world for the better.”

Jobs lived out that core value for the next 14 years at Apple until his death in 2011 from pancreatic cancer. He oversaw the launch of the iMac, iPod, iPhone, and iPad, which revolutionized the way people used smartphones and personal devices in an internet-connected world.

Apple quickly became a powerhouse in the tech world and, in 2018, became the first company to hit $1 trillion in market value. It hit $2 trillion in 2020.

Jobs put a lot of thought into his messaging, making sure to explain in plain language how Apple products could solve people’s day-to-day problems. When he introduced the iPad in 2010, many people were skeptical that a tablet was needed when so many people had laptops and smartphones.

He quickly rattled off an impressive list of tasks iPads could do better at than laptops and smartphones:

People quickly saw the advantages of iPads, and they have been a staple of Apple sales ever since.

Similarly, Jobs framed the introduction of the first iPhone as a solution to the fixed keyboards on most early smartphones that existed at the time. The iPhone was the first smartphone with a full touchscreen keyboard that didn’t use a stylus (which, as Jobs pointed out, just got lost constantly).

The touchscreen keyboard allowed different buttons and capabilities with updates and forever changed the way people used smartphones. Jobs knew this would be a tremendous innovation and highlighted it in his launch speech.

Solving real-life problems has always been a key to innovation and top sales, and Jobs was able to communicate this to customers clearly and simply.

The average Powerpoint slide has 40 words on it, but most of Steve Jobs’ presentation slides had no words on them, or at most just a few words or phrases. Instead, Jobs’ slides have eye-capturing images that illustrate his main points much better than a slide full of words could do.

Jobs may or may not have known that studies show spoken words plus images imprint on the memory much better than either one alone. But intuitively, he knew that images effectively got his point across and gave his listeners a mental picture of his message.

“People who know what they are talking about don’t need PowerPoint,” Jobs famously said. He knew that most people get into a PowerPoint presentation and either read their slides or use them to launch a long, drawn-out explanation of their ideas that puts most people to sleep.

Jobs was more interested in engaging people in a dialogue where new ideas could form and be hashed out than in presenting his own ideas in a formalized way. Marketers who can resist the urge to slip into presenter mode and who use compelling visuals in their marketing materials will have a better chance of holding people’s short attention spans. It’s just a fact.

One example of Jobs’ masterful use of visual images is the launch presentation for the MacBook Air. During the presentation, Jobs took out an envelope that was used for in-office documents and showed how the Air was thin enough to fit inside the envelope. He showed the envelope on the screen and then picked one up from a table nearby and took the Air out of it to show its thinness.

In an increasingly complex world, Steve Jobs was a masterful communicator because he could break down those complex ideas into ones that everyone could understand.

It should come as no surprise that the most user-friendly devices on the market today–the iPhone and iPad–were developed and launched under Steve Jobs’ leadership at Apple. People who do not know how to use computers or write code can easily click their way around an Apple device and figure out how it works, allowing them to have access to the world of the internet that they would not otherwise be able to have.

As marketers, it is our job to make our brand and our products just as accessible to our target audience. If we can use just one or two of the techniques Steve Jobs mastered in his career, we will be well on our way to success.