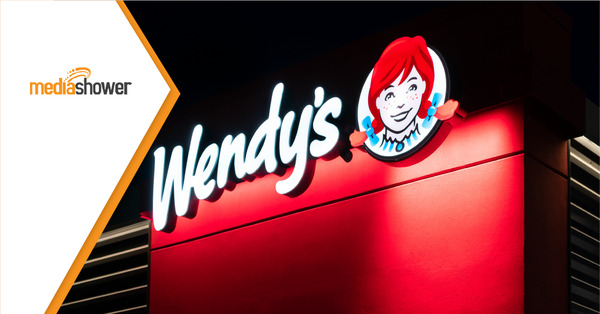 TLDR: Wendy’s is famous for its humorous and snarky social media presence. Their actions bring life and free marketing to the brand.

So What: Businesses can benefit by following Wendy’s example online. Knowing how to present yourself to an online audience can help make your brand fun and relatable. 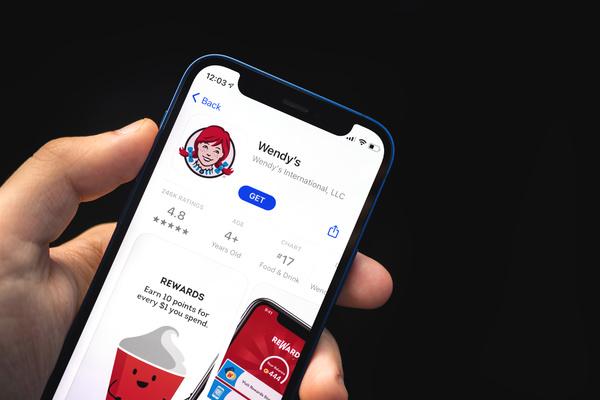 Some of the most famous Twitter accounts include Elon Musk, Barack Obama, and Katy Perry. But the third-most retweeted tweet of all times was directed towards Wendy’s.

Carter Wilkerson tweeted at Wendy’s, and, half-jokingly, Wendy’s replied. When his tweet got more retweets than expected, Wendy’s gave in. Wilkerson received a year of free chicken nuggets.

Despite the cost of chicken nuggets, stunts like these bring a lot of publicity to Wendy’s. The company creates free marketing opportunities through its constant interactions with customers. And it does so using a bit of humor and snark.

What is Wendy’s secret recipe? It breaks down into four parts:

Twitter might be the best place for snark. Different platforms have different norms- “the medium is the message,” as Marshall McLuhan said. LinkedIn, for example, has better support for inspirational business content than for snark. Instagram might be better for selfies and photos of avocado toast.

The 280 character word limit might predispose Twitter to snarkiness. Beefs abound in the Twittersphere, and not just Wendy’s beef-related beefs. Musicians, actors, intellectuals, and more use Twitter to argue about everything imaginable. Beefs thrive in bite-sized tweets, but in longer content can seem a bit pointless.

When planning any social media strategy, you must take the norms and rules of the platform into consideration. What works on Twitter might not work on Instagram.

Good platforms for snark include:

This has a lot to do with the short, ephemeral nature of their content.

This is almost the same as knowing your platform. But two accounts on the same platform may different audiences, and need to behave in different ways.

Wendy’s broad base of popularity, especially among young people, gives it an advantage. They don’t have to appeal to a specific group of people. They just have to be appealing, in general. And the fact that much of their audience is young people helps them push their snark.

An investment banking firm, on the other hand, should probably be more judicious in its use of snark. They need to uphold a certain appearance: serious, and sophisticated.

To that end, know who you are presenting to, so you know who to present yourself as.

First off: what is snark? Merriam Webster defines “snark” as “an attitude or expression of mocking irreverence or sarcasm.”

The key to snarking is to be justified in its use. Don’t snark at someone just to be mean. This primarily means don’t snark at people for belonging to a disadvantaged group.

Wendy’s has two primary targets: internet trolls, and competitor fast-food chains. In both cases, the snark is justified. 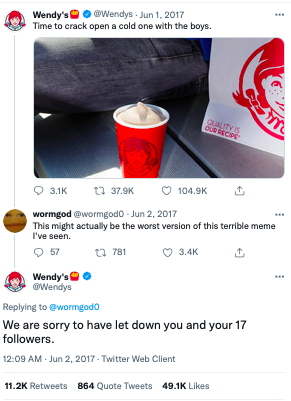 The value of snark in marketing lies in its realness. Real people snark at each other. It’s just part of what we do. Until social media, brand mascots rarely snarked at each other, and they seemed sort of lifeless. Snark proves to customers that there are real people behind the mask.

Being authentic takes consistency. Your personality is more or less the sum total of how you tend to behave. In order for a brand to look real to people, it has to behave consistently towards them.

Wendy’s responds to every tweet. Over 99% of its tweets are replies, and on average they respond to a tweet in less than 24 hours.

Because of Wendy’s consistency, they have a constant stream of social media activity for marketing purposes. Posting once a month, or less, will not produce similar results.

Let’s take a look at a few examples of Wendy’s snarky tweets in action. 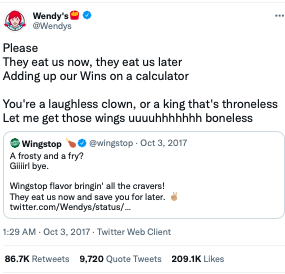 The meanness of the exchange is tempered by the sheer silliness of it all. People find it amusing that fast food companies argue over social media at all.

In another exchange, Wendy’s goes after the hamburger chain Hardee’s: 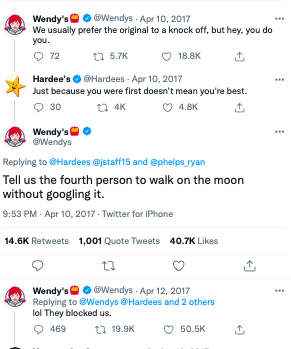 Here, Wendy’s manages to turn Hardee’s response into a win. Instead of replying, Hardees simply blocked Wendy’s. This was a cowardly move, and customers can see that. Giving a snarky reply of their own would have been the strongest move.

Wendy’s doesn’t just target competitors directly. Here’s an example of Wendy’s using a customer tweet as an excuse to make fun of McDonald’s: 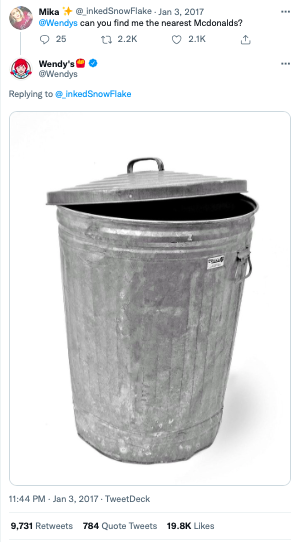 Customers find such lighthearted trash talk (or trash picturing) endearing. It is important to note that in all of these cases, Wendy’s goes after other fast food companies. That’s fair game- picking fights with your own size. By doing this, Wendy’s avoids the trap of getting involved in divisive politics.

How you can use humor and snark in your communications

Context is everything. If you know your platform, and know your audience, you’ve won half the battle.

Being irreverent and even a little bit mean can go a long way. Customers will respond positively so long as they know it is a joke. A good policy is to only go after competitors and obvious trolls. That way, you can keep the fight fair.

Above all, be consistent in your actions and your appearance. The whole point of using humor and snark is to appear real and human. Don’t use a little snarkiness, but immediately switch back to bland, uninspired product-pushing. Customers will notice.

At Media Shower, we design your content plan from start to finish. We look at your platform and your audience to find out how to present your business. And like Wendy’s, we generate a constant stream of content to keep you visible. Click here to try Media Shower for free.