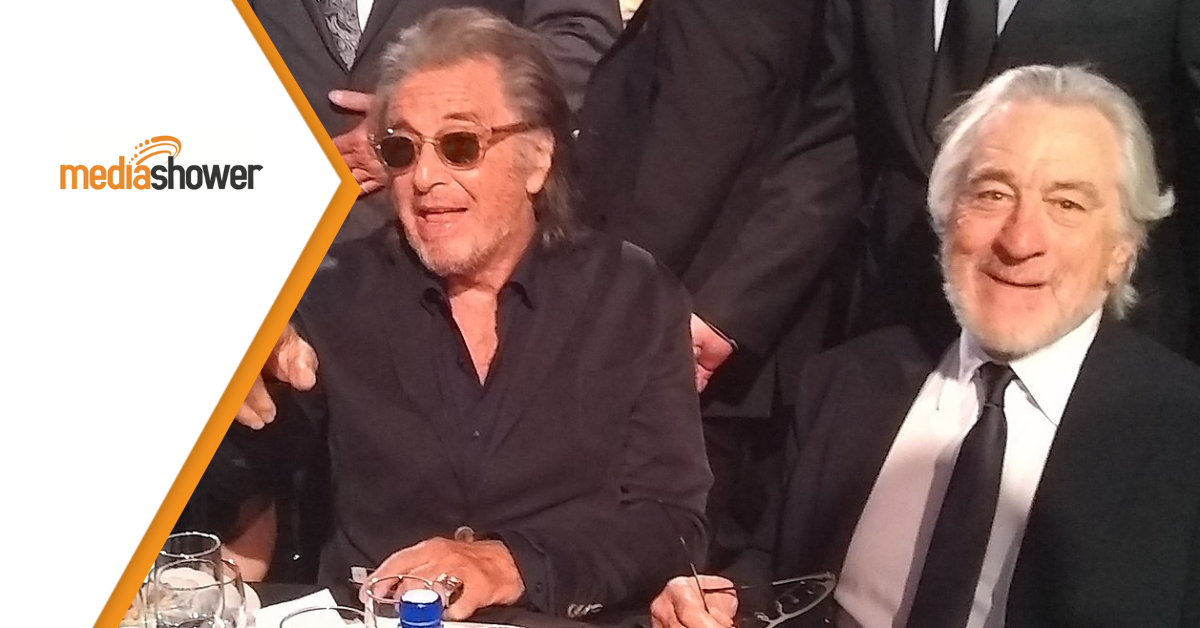 TLDR: Robert De Niro and Al Pacino are widely considered to be two of Hollywood’s finest and best-known actors, yet their styles in communication and presentation couldn’t be more different. One is loud and brash onscreen, while the other is more silent and reserved.

So What? Communicators can learn a lot from both the similar and contrasting aspects of De Niro and Pacino’s communication styles.

Al Pacino and Robert De Niro are legendary film stars that rose to fame in the 1970s. Their careers now span six decades and dozens of movies each. The way they communicate onscreen has filled books, and they have much to teach those of us that aspire to be great communicators

We all know people who just can’t seem to pass up opportunities to communicate, even if it’s the wrong time, place, or situation. Both Pacino and De Niro carefully chose roles to fit their communication styles and personalities to make a maximum impact on their audience.

In Hollywood, not every movie will be a hit, especially over a long career. However, there was still a process both actors went through to choose roles they believed would suit their goals. The fact that they’ve remained successful over such long periods — both are still working in their late 70s and early 80s — is due in part to their abilities to choose opportunities that fit them well.

As communicators, we need to consider whether particular opportunities will showcase our skills and aptitudes rather than just going for maximum exposure. Especially in the social media age, poor communication can draw negative attention to individuals that may see their futures greatly affected.

In movies like The Godfather trilogy, Heat and The Irishman, Pacino and De Niro each showcased emotional depth to make their characters come alive, sometimes in radically different ways.

Pacino and De Niro had some similarities. Both played tough guys in gangster movies and depicted violence in their roles. They even had similar upbringings in New York City. However, there were also major differences. While De Niro embodied understatement and quiet strength, Pacino became known for scenes of explosive anger that showed power in a different way.

As a communicator, using dynamics of varying levels can make your messages stand out. While yelling in anger may not come across well in professional settings, the passion Pacino embodied could be channeled in acceptable ways to deliver effective communication. At other times, De Niro’s calm demeanor could be used to sway skeptical people to your side.

Over time, De Niro and Pacino became close friends. When they starred together in the 1995 film Heat, they played off each other’s cadences and created a compelling conversation between De Niro’s career thief and Pacino’s police lieutenant.

The scene masterfully shows how the two operate and features Pacino’s signature aggression alongside De Niro’s understated calm. Even more important is the scene’s pacing. Both actors use pauses and pacing to deliver lines without rushing, even taking a second or two at times before responding to one another.

A major flaw in many people’s communication is they rush through presentations, but learning to pause before responding makes conversations flow more naturally and could help you come across as more effective.

Prepare (While Leaving Room for Spontaneity)

Both Pacino and De Niro believed in being thoroughly prepared for a role, but that didn’t mean they couldn’t also be spontaneous when necessary. “Prepare for anything you do. Understand the character, the milieu, the surroundings, the people, but don’t let that restrict you,” Pacino said in an article of advice to new actors.

“It’s important to be ready for every scene. You should know your dialogue and that sort of thing, but don’t let preparation make you mechanical. Be in the moment. Just do what you feel like doing at that moment. Be there. That’s important,” De Niro advised.

While Pacino could go from understated to over the top in the same scene, De Niro believed in being truer to life in his portrayals. “We want to do something to show the audience what the character is feeling,” he said. “If you think of it, people in real life do not always react dramatically to tragedies. They are more often not stunned by it, and, more than trying to show their feelings, people tend to hide their feelings.”

“It’s very important, and at the same time, extremely difficult for an actor to pretty much not do anything,” he said. “It’s much simpler than you may think.”

At the same time, Pacino’s characters were often men who reached breaking points and sought to express the intensity of their distress. Knowing when to showcase strong emotion is an important part of communication that can be learned from both actors.

At Media Shower, we help marketers find their own communication style to sell their products (and themselves). Download our Content Marketing ROI Calculator to see the benefits for yourself.