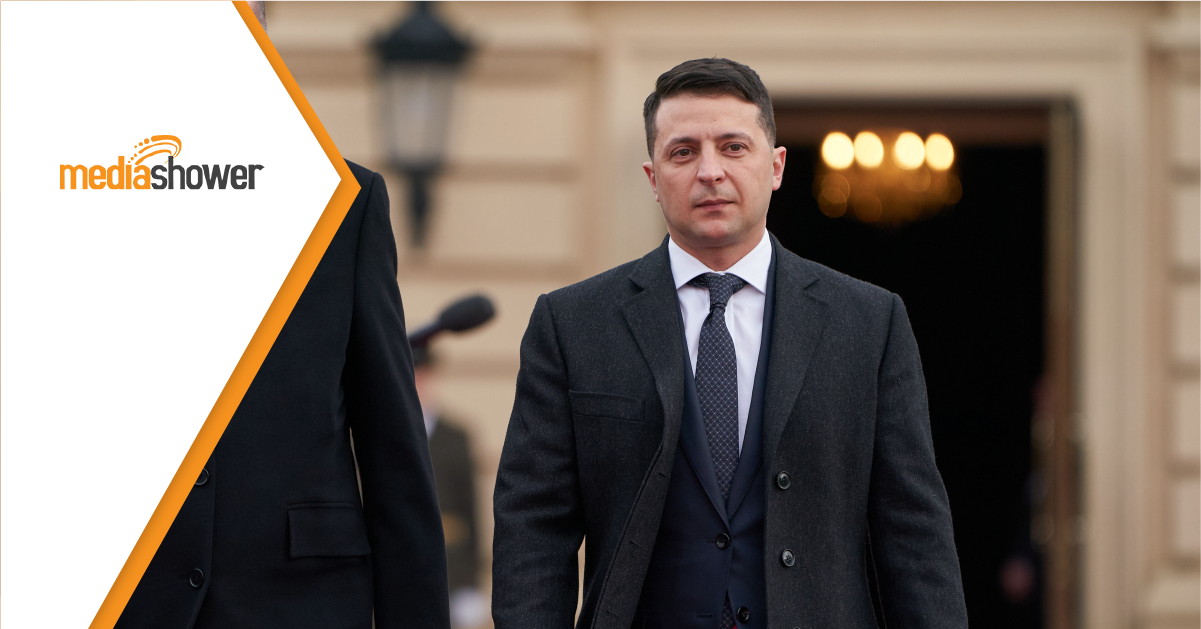 TLDR:  Volodymyr Zelensky, the 6th President of Ukraine, has been making headlines all over the world for his effective use of communication to bring awareness and aid to Ukraine during its most difficult times. Zelensky has managed to communicate the gravity of the situation to both domestic and international audiences and has received an outpouring of support from all corners of the globe.

So What?  Zelensky’s success in communicating the urgency of the situation in Ukraine is a reminder of the power of words. Learn from his example and apply his techniques to your own marketing strategy to craft messages that resonate with your audiences and move them towards action.

Volodymyr Zelensky, the 6th President of Ukraine, has been in office for only two years. However, he’s already made a name for himself on the international stage. That’s because he’s an expert communicator, and he’s used his skills to great effect in the face of Russian aggression against his country.

In recent weeks, Zelensky has managed to rally international support in a way that few other world leaders have been able to do. He’s done this by utilizing several communication tactics, all of which can be used to strengthen your marketing strategy.

From integrating social media to give people a direct look into the Ukrainian crisis to holding impassioned speeches that have garnered widespread attention, Zelensky has shown that communication can be a powerful tool for bringing about change. Here’s what you can learn from his communication tactics.

Choose the Right Moments to Speak Out

One of the most important things Zelensky has done is choosing his moments wisely. He knows that for his message to have maximum impact, he must speak at the right time.

Earlier this month, Zelensky made a surprise onscreen appearance at the 2022 Grammys, delivering a powerful speech about the ongoing conflict in Ukraine. That was followed by a musical tribute by John Legend, which ended with a call for Grammy viewers to #StandUpForUkraine and donate to the Global Citizen’s relief effort.

By being at the Grammys, Zelensky reached a broader audience of people that might not have been paying attention to the Ukrainian crisis. He put the conflict front and center for millions of people worldwide.

This is something all marketers can learn from. It’s not enough to just have a message. You must also know when and where to deliver it. Instead of pumping out content whenever you feel like it, take the time to plan and strategize. By carefully selecting the right moments to release content, you’ll ensure maximum impact.

Be Authentic and Consistent

Another thing Zelensky does well is being authentic and consistent in his messages. He’s been very clear about what he wants for Ukraine from the start.

That’s why when he was offered evacuation out of the capital by the U.S. as tensions grew in Kyiv, he refused. He wanted to stay and fight for his country. He said, “I need ammunition, not a ride.”

Zelensky comes across as someone authentic and sincere in his desire to assist Ukraine, helping him gain the trust of the Ukrainian people and the international community. His line has become a hashtag, a meme, a t-shirt slogan, and, more importantly, a rallying cry for Ukrainians, thus further supporting the cause.

It’s important to remember that people can see through insincerity. You must be authentic in your marketing message. If you’re not, people will quickly see through it, and you’ll lose trust. Make sure the message you’re trying to get across is something you believe in and stick to it.

Zelensky is also good at using emotional appeals in his speeches. He knows how to tap into the public’s emotions, and he uses this for maximum effect.

One of the most emotional moments in Zelensky’s speeches came during a videoconference with European Union leaders. He said, “this might be the last time you see me alive” and stressed that he’s Russia’s number-one target.

Zelensky’s statement was quickly picked up by the international media, striking a chord and putting a human face on the Ukrainian crisis. His plea for help in increasing sanctions and deterrence measures against Russia from the battlefields of Kyiv was met with applause, a standing ovation, and many tears.

Try to use emotional appeals to reach your audience. Whether it’s making them laugh, cry, or simply feel something, using emotions is a great way to deeply connect with people.

Lastly, Zelensky uses social media to give people a direct look at what’s happening in Ukraine. He regularly posts updates on Twitter, giving people front-row seats to the crisis. This has been incredibly effective in keeping the public informed and engaged.

Even in the middle of a crisis, Zelensky still finds ways to offer hope and inspire people. This helps audiences see him as a relatable, down-to-earth person, not just the leader of a foreign country.

You can use this same tactic in your marketing by giving audiences a behind-the-scenes look at your work. Show them the creative process. Give them exclusive access to new products and let them know what’s going on You’ll create a more engaged and invested audience that’s more likely to support your brand.

Communication Will Win the Day

Volodymyr Zelensky is a perfect example of how communication can be used to achieve great things, even during a crisis. By using emotional appeals, staying authentic, being selective about channels and timing, and keeping audiences involved, Zelensky brings attention and aid to Ukraine in its time of need.