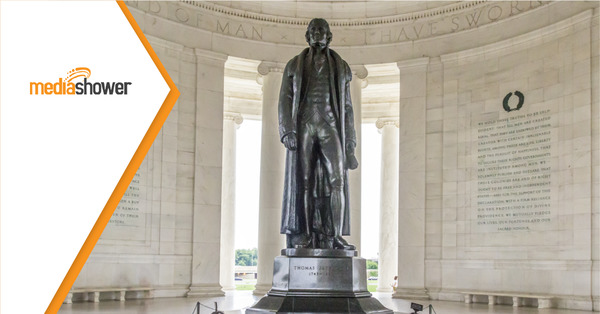 Through it all, Jefferson continued to say important things that helped form America and establish it as a world power.

Thomas Jefferson drafted one of the most critical documents in the history of the world–the U.S. Declaration of Independence. Jefferson was one of our most influential founding fathers. And he became well known for his diplomacy abroad during a pivotal time when America was establishing itself as an independent republic.

But the history books declare that Jefferson overcame a considerable stumbling block to his ability to communicate with the fledgling American people, both one on one and before a crowd. Apparently, Jefferson was a very weak public speaker, with a squeaky voice and an inability to project it during a time when there were no artificial means of amplification.

The fact that Jefferson defeated such a serious impediment and became influential enough to be elected as the country’s third president–then re-elected for a second term–shows how brilliant he was, and that he had remarkable resiliency.

Marketing teams often face challenges that seem impossible to overcome as well. Market forces turning against them, the cultural cancellation of an important influencer, or supply chain disruptions could be some examples of serious challenges brands might face in their marketing. Looking at Jefferson’s life can yield some surprising insights.

Even though Jefferson had serious deficits as a speaker, he had a brilliant mind and could express his thoughts much better in writing. When he could, Jefferson opted to write out his speeches and have them read by someone with a more powerful voice. He also made sure that if he did give an address to the public, it was published in the newspapers so that more people would read it than hear it spoken.

In an age without television or radio, Jefferson’s method was effective in getting his message out. He used his strength as a writer to his advantage and was able to win over the electorate twice. While Jefferson’s methods would probably not work today because of the prevalence of visual media and debates watched by millions, Jefferson surely would have used today’s media tools to highlight his message in the best way possible–something marketers can also do. 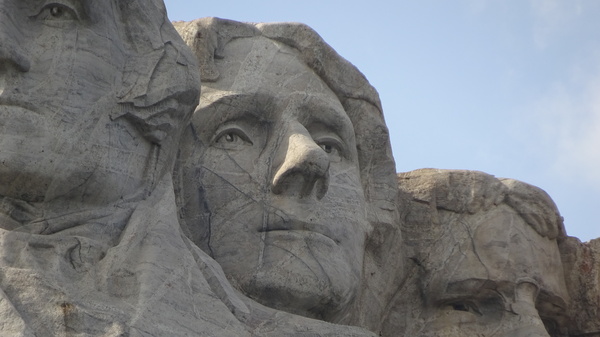 Compensate for Your Weaknesses

Jefferson’s biggest weakness was his voice. High pitched and squeaky, it did not inspire confidence or have the booming quality that would have been expected of a great leader at the time. When Jefferson was president, it had become a custom to address Congress in a speech at the beginning of a term, much the way State of the Union speeches are done now.

Instead of addressing Congress in a speech, Jefferson instead opted to send a letter to Congress that served the same purpose. Jefferson reasoned that sending a letter would save time for Congress, because they wouldn’t spend 9 or 10 days making speeches about his speech–some arguing against his points and policy requests and some defending them.

Congress accepted Jefferson’s reasoning and was amenable to receiving a letter instead of a direct address. He repeated the process again for his second term, and Congress seemed to get down to business more quickly with much less wrangling than a major speech would have caused.

A big part of Jefferson’s success as a statesman was due to his ability to interact with people one on one. He served in a role similar to that of ambassador when he went to France, and he promoted American interests abroad for several years before returning to America.

Although he wasn’t considered successful in making major treaties with France during that time, one American who visited France during his time there said of him, “I observed that although Mr. Jefferson was the plainest man in the room, and the most destitute of ribbands crosses and other insignia of rank that he was most courted and most attended to (even by the Courtiers themselves) of the whole Diplomatic corps.”

He developed and deepened friendships with people including the Marquis de Lafayette and Abigail Adams, who later said he was “one of the choice ones of the Earth.” These relationships served him well in later years when he needed powerful support to become president. 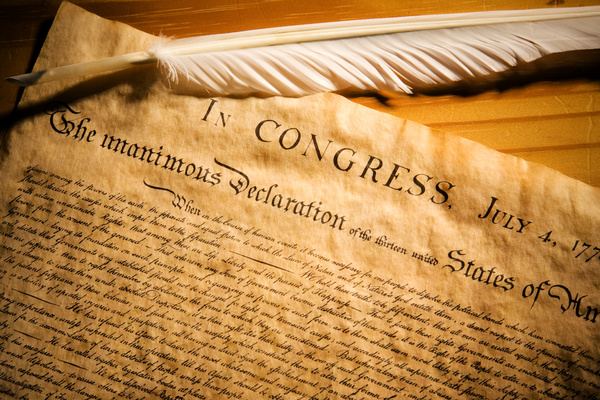 Say the Most Important Thing

One of the best things about Jefferson was that he chose to communicate the most important ideas, rather than waste his words trying to sound good. Anyone can make a speech or an ad that tries to make the product sound good, but how many people can say that, “We hold these truths to be self-evident; that all men are created equal; that they are endowed by their Creator with certain inalienable rights; that among these are life, liberty and the pursuit of happiness; that to secure these rights, governments are instituted among men, deriving their just powers from the consent of the governed”?

Even when a message is based around a product or service, there are important things to say. If a brand is not impacting the community and the world around them in some positive way, it should be. What can your brand do that no other brand can do, either through its products or services or through its support for important causes that align with its values?

Media Shower has a unique process that can help brands figure out what important things they have to say, while figuring out how to make their message effective for their target audience.  Try Media Shower for free. The award-winning content platform.