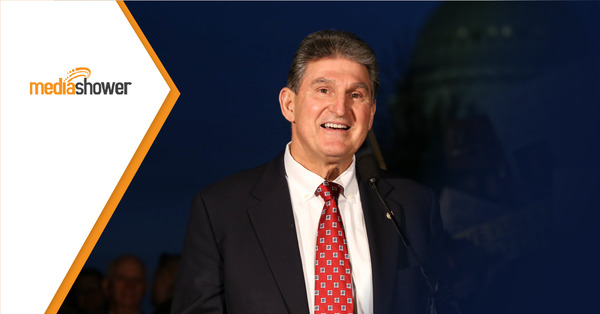 TLDR:  Joe Manchin is a senator of West Virginia who doesn’t always toe the party line. He’s known to defy the Democratic party to do what he thinks is best for the American people. This makes him a true political powerhouse and someone to watch.

So What?  Party politics aside, Joe Manchin has shown he’s willing to take risks on his career and reputation to do what he feels is right. This type of strength is something everyone (politicians and regular citizens) can learn from. Here’s how he does it.

Since 2010, Joe Manchin has served as the Democratic senator of West Virginia. In that time, he’s made a name for himself as a politician who cares about the people he represents.

Manchin has shown several times he’s willing to put his own career on the line to do what he thinks is best for America. In fact, he was one of the few Democrats who voted to confirm Brett Kavanaugh to the Supreme Court despite intense pressure from his party.

Regardless of how you feel about his views, this political courage is something we can all learn from. Communication is key in any situation, especially in politics. When Manchin speaks, people listen. Here’s a look at how he does it.

Focus on the People

One thing that sets Manchin apart from other politicians is his focus on the people he represents. He’s always looking out for their best interests, even if it means going against his party.

Recently, Manchin argued that his party was too focused on trivial matters (like Biden’s proposed electoral reform) and not enough on the issues that hold weight, like rising inflation and the never-ending impact of the COVID pandemic. 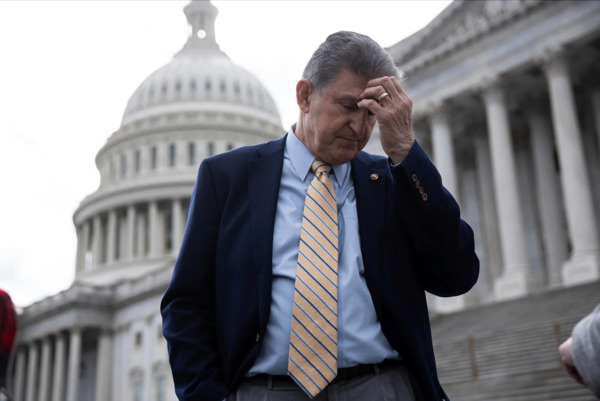 It’s this type of focus that has earned Manchin the respect of both Democrats and Republicans. He’s not afraid to speak his mind, even if it means going against the grain. 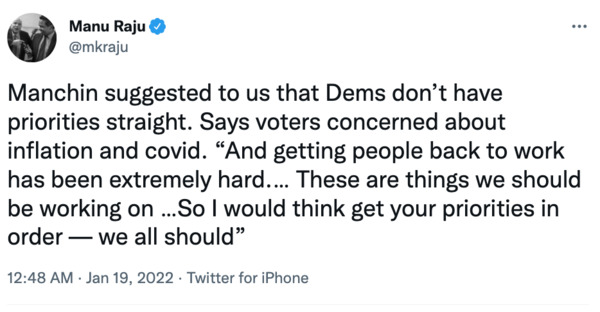 In your business, always focus on your customers. What do they need? How can you provide for them? Don’t get bogged down by the details. Keep your eye on the prize and always communicate with your customers in mind.

Another of Manchin’s defining qualities is his authenticity. He’s always been candid about his views, even when they aren’t popular with his party.

For instance, he defied his party by opposing a key component of Joe Biden’s domestic agenda.

When asked whether there’s still a place for him in the Democratic Party, Manchin simply said, “Well, I think. I would like to hope that there are still Democrats that feel like I do … I’m fiscally responsible and socially compassionate. Now, if there’s no Democrats like that, then they’ll have to push me wherever they want me.” 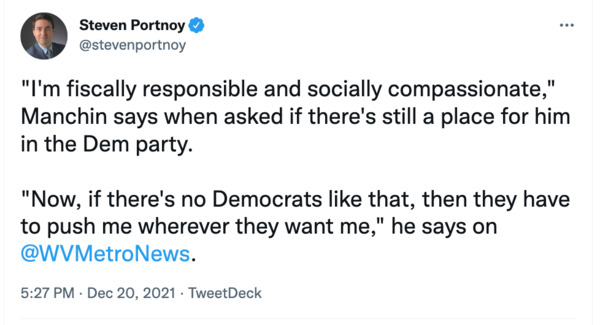 In a world of carefully curated social media posts and sound bites, Manchin’s authenticity is refreshing. It’s also something we can all learn from, both in our personal and professional lives.

When you’re communicating with others, always be authentic. Say what you mean and mean what you say. Don’t try to be someone you’re not. People will see right through it. Instead, be confident in who you are and let your true self shine through.

Stick to Your Values

Regardless of how one feels about his stances, Manchin has always been a politician with strong values.

Earlier this month, Manchin revealed that he plans to vote against his party’s abortion bill because “it goes too far,” though he claimed he’d support a codification of Roe v. Wade.

This decision didn’t make Manchin popular with his fellow Democrats. However, he stuck to his guns because he believes this is what’s best for the people of West Virginia.

No matter how much flak he gets, Manchin always stands by his values. He doesn’t waver, even when it would be politically advantageous to do so.

The business world is full of egos and personalities, so it’s important to manage them effectively. If you can learn to navigate these types of relationships, you’ll be more successful in achieving your goals.

Manchin is also known for his ability to get things done, even when egos and personalities get in the way.

He’s often been praised for his work across the aisle, something that’s become increasingly rare in today’s political climate. He immediately picks up on cues when someone’s ego gets in the way, and he puts a quick stop to it. He’s asked people to leave the room if they can’t put their egos aside. 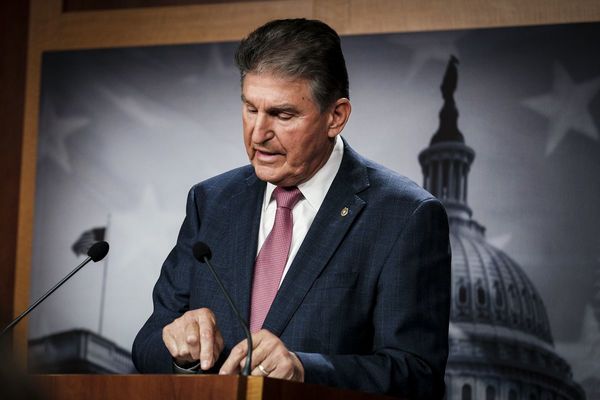 Be an Outlier if Necessary

At the end of the day, Manchin is proof you can be successful (in politics and in business) by being an outlier. It’s not always easy, but if you stay true to your values and keep the best interests of others in mind, you can achieve great things.

Manchin is a successful politician because he’s unafraid to be an outlier. What about you? Are you willing to stand out from the crowd and be true to your values even when it’s not easy?

At Media Shower, we’re all about thinking outside the box and being unafraid to be different. Download our Media Manifesto below to learn more about our approach.