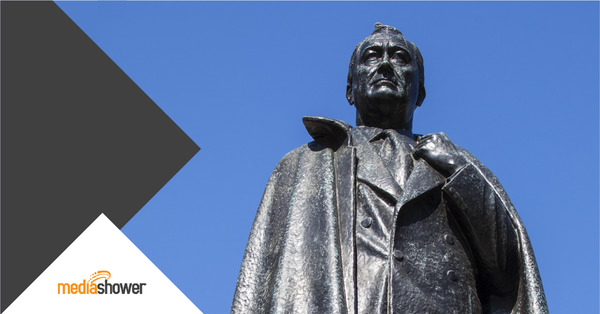 Marketers and other communicators can learn from the ways FDR communicated to help their own strategies be more effective. 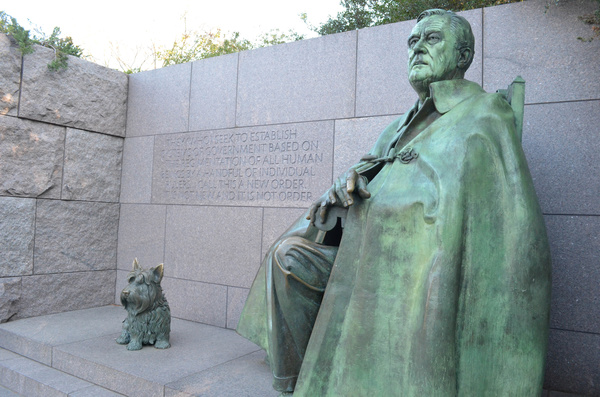 Franklin Delano Roosevelt, or FDR as he was commonly known, was the 32nd President of the United States, and is generally considered one of the greatest. He was the only president elected four times, but he died early in 1945 at the beginning of his fourth term in office. Term limits were enacted in 1947 shortly after his presidency ended.

One of the main reasons FDR was so generally beloved by the American people is the way he communicated with them. As marketers and communicators, we can learn from the way FDR communicated while he was president.

FDR’s political career blossomed during the Golden Age of Radio, the late 1920s and early 1930s. By the mid-1930s, most people had a radio in their home and used it to listen to news and radio plays and dramas.

After he was elected president in 1932, he began to use this new technology to communicate with the people in a series of “Fireside Chats.” As a result, for the first time the general population got to hear their president speak directly to them about things that mattered, like jobs, relief programs, and his travels around the country to experience ordinary people’s lives.

Because FDR had grown up as an elite in American society, he knew he needed to work at building a connection with working-class people. He started his chats by saying, “My friends,” and addressed the people in a warm and familiar way.

He also shared stories about people’s suffering and showed sympathy for their situations. Many of his policies were focused around improving the economy and creating jobs to mitigate the severe effects of the Great Depression on the people.

During one of his chats, he said, “And constantly I seek to look beyond the doors of the White House, beyond the officialdom of the National Capital, into the hopes and fears of men and women in their homes . . . . I want to be sure that neither battles nor burdens of office shall ever blind me to an intimate knowledge of the way the American people want to live and the simple purposes for which they put me here.”

People got the message that FDR genuinely cared about them and was working to solve their actual problems, which is very different from most political messages before and since. A genuine connection is precious for communicators and can earn them a high level of trust and loyalty.

Have the Right Call to Action

During many of FDR’s Fireside Chats, he asked people to take a small action to show support for his efforts toward recovery in the country. In 1935, he asked people to report any waste related to his New Deal programs to the White House directly rather than gossip about it.

The right call to action will have a tremendous impact on the response to the campaign. FDR was able to get a good response because he asked people to do things they could reasonably do and was realistic in what he asked.

When FDR spoke to the American people, he was able to talk about very complex topics because he had a way of simplifying them so that the average person could understand. He used comparisons to do this, such as comparing Nazi U-Boats to rattlesnakes. He took the time to explain the banking system during one of his chats, and he also explained how bonds worked by saying that it was like a promise to pay.

FDR was able to get significant buy-in for many of his policies because of the way he explained things, which helped him accomplish his agenda and prevented a lot of friction between people and the government at a crucial time in history. It is doubtful that the war effort would have gone as well as it did without the people’s willingness to give up many of the everyday products they had gotten used to having so that they could be used for the war. And this was accomplished by FDR’s clear explanations of what was needed.

FDR’s presidency could have been disastrous if he didn’t quickly adopt an agenda that did its best to meet the needs of a people in crisis. When FDR took office, the banking system had shut down and unemployment was at 25%–one in four people who wanted to work didn’t have a job.

His administration quickly adopted the slogan “relief, recovery, reform” to show the people that he was devoted to fixing all that was broken in the country. His New Deal programs marked the first time the U.S. government took responsibility for problems like poverty and tried to help people at a government level.

While in hindsight, it has been said that FDR’s policies of high government spending and welfare programs may have prolonged rather than ended the Great Depression, what he did met people’s immediate needs and helped them get back to work. By the time the U.S. got into World War II, the economy was ready to get back to its previous productivity, even if a lot of what was made during that time went to the war effort.