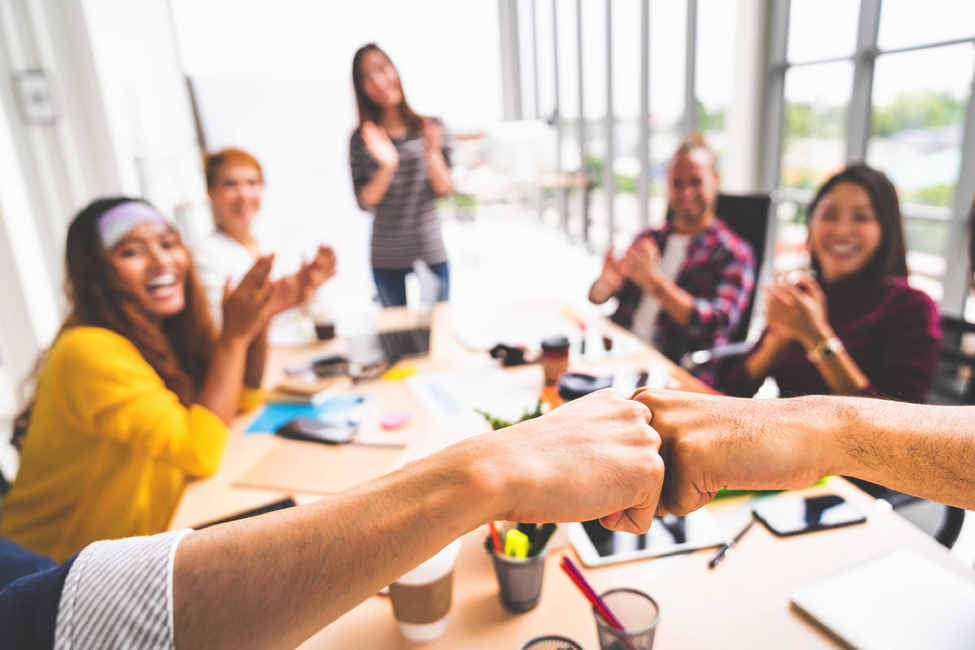 What are the human motivators to get companies to invest in blockchain? This question lies at the beating heart of blockchain. How do we get centralized institutions excited about a decentralized technology? In other words, why blockchain?

There are five good reasons for your company to adopt blockchain technology (with some help from MIT’s excellent brief Blockchain: How to Position Your Company for the Inevitable). Here they are.

The central question: where is your business slowed down by middlemen?

An obvious example is international payments. If you’ve wired money to another country, you know it’s slow and expensive. New blockchain companies like Ripple are making cross-border payments faster and easier—which is both an opportunity and a threat for old-school companies like Western Union.

Any time there are multiple parties involved with reconciling or validating transactions, that’s an opportunity for blockchain. As an analogy, think about the days when you had to manually sign for package delivery—now it’s handled behind the scenes, so everyone gets their packages sooner.

Efficiency improvements mean cost savings, which is a pretty good reason for companies to invest—but it’s hard to get the IT department excited about saving money, especially if they have to invest in the cost savings up front. Which brings us to reason #2.

The central question: which parts of your business can be decentralized and disintermediated?

An example will help. Steve Ballmer, Microsoft CEO during the 2000’s, was famously centralized: Microsoft software should work on Microsoft systems. When Satya Nadella became CEO in 2014, he radically opened up the company, with the goal of getting Microsoft on one billion devices (and he’s 80% of the way there).

Another example is Red Hat, which has made “enterprise ready” versions of popular open source software packages, like the Linux operating system. This business model offers the benefits of decentralization, with the security of centralization. (Your head of IT wants to know, “Who can I call for tech support at 3 a.m. when my blockchain breaks down?”)

The central question: How does this solve a real business problem, or better serve your customers?

As an example, Uber blew apart the taxi industry by delivering a much better customer experience: friendlier drivers, easier payment, faster rides. That required a certain amount of decentralization, allowing anyone to become a driver. But it required a “blockchain mindset.”

Another example is the company LO3 Energy, which is allowing Brooklyn residents to buy and sell solar electricity from their neighbors, bypassing the traditional utility companies. The obvious recommendation: electric companies should create independent business units (or buy these startups) to experiment with these models, or else it’s lights out. Having a seat at the table

The central question: Would you prefer to drive your industry, or watch from the sidelines?

As an example, the Hyperledger consortium is a collection of big tech companies—from IBM to Intel, from American Express to Accenture—who are working together to develop enterprise blockchain solutions. If orange is the new black, then consortiums are the new companies.

We’re beginning to see blockchain consortiums for banking, insurance, healthcare, and so on. Let’s say you work in these industries, and you decide blockchain is not a priority. Meanwhile, these new industry groups grow in size and power, and the train leaves the station—leaving you running to catch up.

By joining (or leading) industry consortia now, you have a seat at the table. You have influence. The “blockchain mindset” is about collaboration, not going it alone. Collaboration, not competition.

The central question: where will your business be in five years?

As an example, IBM continually reinvents itself by going after higher-value, more profitable markets. You may remember IBM once produced low-cost commodity PCs, but now it specializes in high-end consulting services. This is how IBM continually makes more money: by swimming upstream.

Technology moves fast. The only thing that companies can know for sure is that our world will look much different in five years. Blockchain offers the ability to stay relevant as the world moves from centralized services to decentralized systems. The time to experiment is now.

Why should your company invest in blockchain?

To recap, here are the five questions to ask:

The better our answers to these questions, the more companies will jump on board, and the more our blockchain investments will grow. Now we’ve got some answers.

Sign up here to get more bitcoin intelligence and insight in our free weekly newsletter.