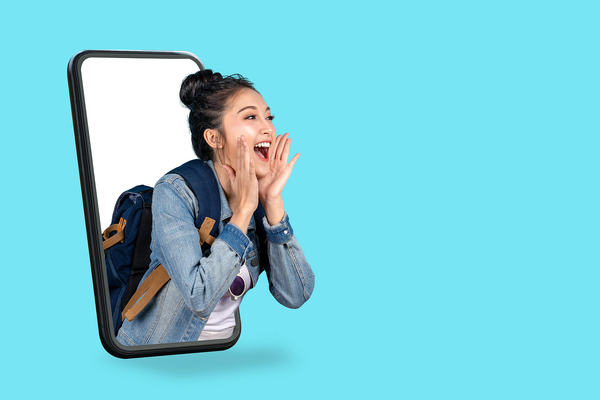 Let’s just get this out of the way first: You have to promote.

Your website is just one of roughly 70 jablillion other sites in the world all clamoring for people’s attention, and excellence alone simply won’t cut it anymore.

Without a way to reliably, consistently let your current and potential customers know about your products and services you’re basically playing the lottery with your company’s success.

Before we talk about the content promotion strategies that do work it bears mentioning a couple that don’t.

Anything that’s not repeatable and scaleable is very hard to make work in the long run.

Those unfamiliar with how difficult marketing really is think all they need are some links from reputable companies and some high-profile people and businesses talking about you.

This is a textbook example of putting the cart before the horse.

Reciprocal links and high-profile coverage are the fruits of your labors, not the seeds.

Big-name companies, media outlets, and influencers talking about you are what happens after you’ve put in the months and years of work to build your company and reputation. 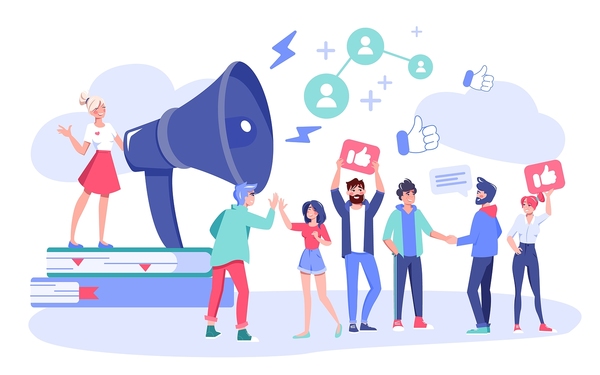 Success depends on a marketing program you can control, scale, and repeat as needed. Ultimately, you want to create a “repeatable promotion machine” that continually improves itself.

So let’s take a look at three simple strategies that will help drive more leads to your business.

Blog posts should be at the core of your content strategy as they are the easiest to create, publish, test, and improve on over time.

Blog posts should ideally lead readers to a downloadable asset like an ebook or some sort of bonus content which would then help generate leads. At the very least, there should always be a link pointing back to your site.

Whether you’re on Facebook, Twitter, LinkedIn, or another platform, you can easily publish a new post by simply logging in and uploading some content that promotes one of your products or services or just keeps you in the public eye.

You can then track how well the blog post does by using each site’s social media tracking tools.

Below is an example of a “content queue” Media Shower sets up for their clients. With it, you can schedule and keep tabs on what content will be released when, any notable hashtags, influencer names, etc. Content queues like this one—whether created by Media Shower or by companies on their own—allow you to simply copy and paste the content into a social media scheduler such as HootSuite or Buffer.

As an added bonus, this also frees you from needing to hire a full-time social media manager since a part-timer—or even an intern—can take care of it in about an hour a week.

You Can’t Improve What’s Not Measured

Of course, you’ll also need to track your content’s performance. Below is an example of how Media Shower tracks follower engagement for Facebook, Twitter, and LinkedIn. Note the two most important metrics at the bottom of the chart.

Everybody in the business world checks email, and that’s one of the big reasons why newsletters are so effective.

If a new lead has come to your site, taken the time to read your content, signed up for, and downloaded some bonus content, clearly they like the cut of your corporate jib, and they want to hear more. So include an opt-in for your newsletter and give it to them.

Ever wonder why Coca-Cola or Toyota put so many ads on TV, radio, the Web, billboards, bus stops, etc.?

It’s not because they like seeing their products plastered everywhere they look and listen. (Well, maybe not just because.) It’s because study after study has shown that people don’t remember a product until they’ve seen it seven to ten times.

And that’s just the remembering. Having an opinion of it comes after many more exposures.

And remember, Toyota isn’t just after today’s car shopper, they also want the person who needs a car two years from now.

A regularly sent out newsletter keeps you at the front of the line when it comes to your customer’s needing somewhere to spend their money now and in the future.

They also help demonstrate your authority in the market. If you have enough good, insightful information to put out month after month you become a business they can trust because they can see the effort you’re putting in.

Pro-Tip: Don’t Get it Perfect. Get it Done.

Many companies don’t bother with newsletters because they feel every single thing about them must be perfect. Let us be the first to tell you it doesn’t. Frankly, the pursuit of perfection is a sucker’s game.

Yes, it has to look good and be well-written, but you don’t have to rival Lancome for glamor or Apple for hi-tech whiz-bangery.

Getting it sent out is what matters. Your newsletter can simply be a recap of your two or three most popular blog posts, some company news, and you’re done.

Given all of the demands on everyone’s time these days, they’ll appreciate the brevity, too.

And don’t be afraid to make mistakes. Every major newspaper in the world has a section devoted just to admitting when they were wrong in previous issues. Your readers will actually respect you more for standing up and admitting your error.

While Media Shower isn’t a PR company, we do produce press releases for clients in coordination with their PR departments or to send directly to reputable press release sites such as Business Wire.

Press releases are an easy way for your company to get its message out while simultaneously raising its credibility and authority.

Even better, they’ll also help boost your company’s search engine optimization (SEO) when social media sites such as LinkedIn repost your press releases on their site.

As an example, here is part of a Google search engine results page which shows five different web sites carrying a Media Shower press release about being a grant recipient.

Five sites mentioning—and linking back!—to Media Shower from one press release. This is the sort of thing that not just your clients, but Google, too, sits up and takes notice of.

One important caveat: a press release must cover something that’s actually newsworthy. Your R&D coming up with a cool, new product? Great! Your shipping and receiving department getting a new color copier. Not so much.

Yes, content promotion is a bit of a never-ending game as you’ll never not be in competition for your clients’ attention and dollars, but that doesn’t mean it has to be a grind!

The three strategies listed here are very doable—and maintainable— even by “small”  businesses who might have put such marketing efforts into the “someday” category.

So why not start today?