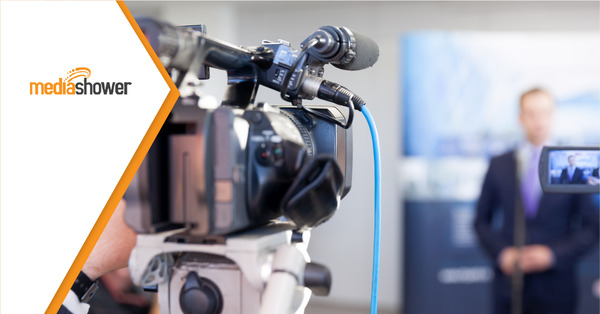 Marketers can use Carson’s secrets to run successful and memorable campaigns for their brands.

In the field of late-night television, Johnny Carson deserves the title of GOAT: the Greatest Of All Time. Carson built The Tonight Show into a ratings powerhouse in the 1960s and 70s, and now every major network has its own late-night show, modeled after the format that Carson and his team perfected.

Carson ruled as the undisputed king of late night for 30 years. But his work and success also spawned successors like Jay Leno and David Letterman, both of whom he helped along the way. He can likewise be credited for a generation of stand-up comedians, including Jerry Seinfeld and Joan Rivers (although Carson and Rivers later had a falling out).

Johnny Carson had a unique way of communicating both with the public and with people one-on-one that left an impression on them and led to the desired result of making them laugh — and think. Here are some of Carson’s top communication secrets and how marketers can apply them to their brands.

A well-timed joke can hit its mark much easier than one that doesn’t have a sense of appropriate timing. Carson’s deadpan delivery and pacing had audiences in stitches every night. Considering timing in marketing campaigns can help them hit their mark as well, speaking to target markets’ pain points at just the right time to encourage a purchase or push them to do more research that will eventually lead to a sale.

Carson was actually a tightly controlled showman, but he came across as relaxed despite the control behind the scenes. He described the show’s planning to Alex Haley during a 1967 interview as being an all-day process that began in the morning when he got out of bed and ended when he was in bed going to sleep. Having a marketing strategy in place will enable brands to project exactly the relaxed or trendy persona they want the public to see, even though it may look totally different behind the scenes.

Despite all the planning that went into the Tonight Show, Carson also had the ability to ad lib and improvise with the best of them, often with hilarious results. A brand’s ability to go with the flow when opportunities present themselves can go a long way toward successful marketing and also gives a positive impression to the target audience. Just as many of the best moments of Carson’s career could be attributed to his ability to flow with events and mistakes, brands can also make the most of happy accidents and benefit from them.

Play a Little Hard to Get

Carson quickly found out that some people were going to want far more from him than he was willing to expose. Despite his fame, he maintained a very private life. He also restricted his public movements to avoid being asked for his autograph “at a urinal” and other such awkward and intrusive encounters.

As tempting as it is to lay everything out on the table when you are marketing a product or a brand, there are also advantages to holding some things back, particularly when you have even a small loyal following. Sometimes, the more you withhold, the more people will clamor for your brand and products. Figuring out when to give and when to hold back will give the best results.

Even though Carson has been retired for almost 30 years and passed away in 2005, he is still remembered for his lengthy career, deadpan delivery, and interviewing skills that got things out of people they didn’t intend to share. There never was and never will be anyone like Johnny Carson, although many have tried.

When marketers find the aspects of their brand that are unique and memorable, they achieve the same kind of success and have a chance at fame, just like Carson had. While not every brand can be the GOAT of an industry, striving to distinguish the brand and be memorable will always lead to greater success than trying to be like everyone else.

One of the things that most attracted people to the Tonight Show was the guest interviews, mostly celebrities and other notable people. Carson had a way of asking the most sensitive questions in a completely disarming way, and in doing so, he got people to say things they would never tell anyone else — things the public hadn’t heard before and were intensely interested to hear.

He interviewed Dolly Parton and got her to make jokes about herself and talk about her famous bosoms. Finally, he ended with, “I would give about a year’s pay to peek under there.” Even she laughed because it didn’t sound creepy or lecherous, just curious and interested like the rest of the world.

Let the Work Speak for Itself

After Carson retired, he was deluged with requests to talk about his body of work and come back and do special appearances pretty much whenever he wanted. Carson turned down almost all of these requests and stayed out of the spotlight except when he was given an award.

At one point, he was asked why he didn’t talk more about his work, and he said he wanted to “let the work speak for itself.” When you put out quality content, it isn’t necessary to continually hype it and work hard making sure it draws attention. When you let your work speak for itself, you are free to address other parts of the business that need addressing and even to rest once in a while.

If you need help with your marketing, Media Shower can help with whatever you need. Download our Content Marketing Plan to get started (it’s free!)