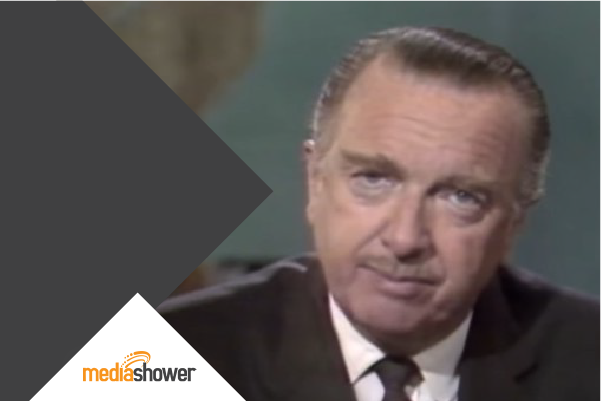 Walter Cronkite was the face and the voice of CBS News as an anchor for more than 30 years, and his reporting earned him the label of “the most trusted man in America.” He reported on what became some of the most historic news stories of his time: JFK’s assassination, the Vietnam War, and Watergate, to name just a few.

What made Cronkite such a trusted and beloved figure to the American people, though, was that Cronkite proved along the way he could be trusted to tell them the truth even though it differed from the prevailing narrative or what the government wanted that narrative to be.

Cronkite famously reported in 1968 that the government was not being truthful to the American people about the Vietnam War after he went to Vietnam and observed the situation there for himself.  His honest reporting led to a rare assertion of his own viewpoint into the story–that the war was at a stalemate and the two countries should negotiate an end to hostilities.

Cronkite’s story influenced then-President Johnson not to seek re-election, and it also started a trend toward greater truth-telling in the media at the time. Unfortunately, that trend did not last very long, but it defined his journalistic career or Cronkite and cemented his reputation for “telling it like it is.”

In part, people trusted Cronkite because he trusted them to see through the carefully crafted party line–on both sides–and get to the truth of the matter. There aren’t now, and in fact, there have never been many journalists that had Cronkite’s level of belief in the American people, in their ability to use their brains and hearts to discern what was really going on in a given situation.

Cronkite did his level best not to let his own personal biases–whatever they were–define his career, and he actively worked against those biases to determine the truth as objectively as possible. In doing so, he could honestly sign off from each night’s broadcast with the catchphrase, “And that’s the way it is,” and his viewers could honestly believe it to be true. 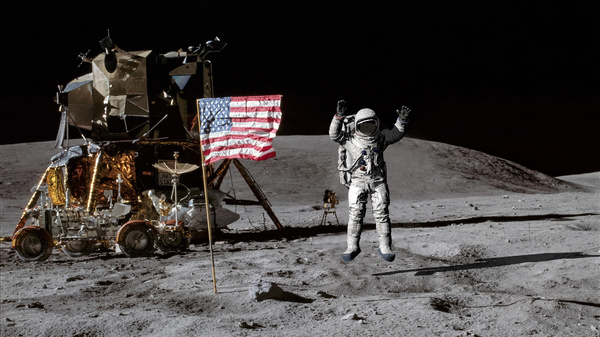 Despite his objective persona, it was clear to his viewers that Cronkite was a real person with real interests and feelings. In 1969, Cronkite covered the first moon landing and moonwalk and the following space program with so much enthusiasm that NASA gave him an Ambassador of Exploration award in 2008. He was the first non-astronaut ever to get the award.

Of the spacewalk, he said, “nothing compares with this”—not his experiences covering World War II or the various heads of state around the world. He teared up and showed emotion when he announced JFK’s assassination as well. The emotion only made him seem more accessible to his audience, who felt many of the same feelings.

Cronkite’s enthusiasm for the U.S. space program carried throughout his journalistic career and helped Americans follow and support the program. He was a true ambassador for the program with a giant reach that no one in NASA could have had alone.

Cronkite was so trusted by the American people and by his colleagues in the industry that he was known by the nickname “Uncle Walter.” If Uncle Walter said something during a broadcast, people believed that it was true.  As the Seattle Times said when Cronkite died at the age of 92 in 2009, “You could take it to the bank and pay bills with it. Uncle Walter’s word was gold.”

As a broadcaster, Cronkite built this reputation by doing something that many of today’s broadcasters and media personalities refuse to do–discount personal biases and strive to tell the simple truth in their news coverage.

It was a different time. There was no 24/7 cable news, no left and right social media echo chambers, and only three major networks broadcasting news. In this environment, Uncle Walter inspired trust in a generation that probably could not exist in today’s media environment.

Despite the fact that there was less scrutiny on the media during Cronkite’s time than today, he approached his career as a broadcaster with integrity and with a sense of responsibility to his viewers. Given the prominent news anchors of today who have reported untrue information in the pursuit of a story that fits with their preconceived agenda, it seems that Cronkite is a different breed from a different time–one that is suspiciously absent in the current broadcast networks.

Like Cronkite, integrity and honesty are at the core of Media Shower’s approach to communication. Click here to try out our award-winning content platform for free.