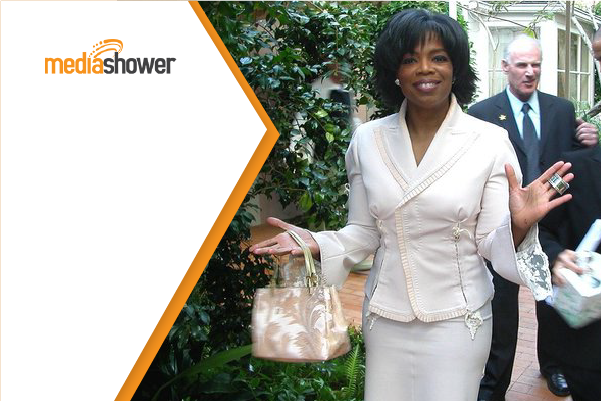 The way Oprah Winfrey has lived her life has brought tremendous success to her and all her business ventures because she tries to live by universal principles of personal and professional success.

Oprah Winfrey was born into poverty and abuse, but grew to become one of the most influential communicators of our time. Her success lies in a belief and focus on the positive things about herself and the world, and that belief and focus enabled her to create an entirely new way of communicating with a television audience.

Winfrey was different than other journalists and show hosts of her time because she showed her tremendous empathy for the subjects of her stories. The style of her Oprah Winfrey talk show invited people to confess their secrets and their feelings, which had not really been done before. Winfrey would often cry on the show because of the feelings people expressed; other moments were joyfully celebrated.

Winfrey’s emotional personality attracted others because she genuinely listened to their stories and she responded authentically. People felt she cared about them and they responded to that caring. People are always looking for genuineness and authenticity in others, and her expression of emotions is part of what makes her great.

Women, who are the main audience for talk shows, gravitated to Winfrey’s show, which debuted in Chicago in 1986, and it quickly became the number one talk show in the world. Winfrey created a platform for people to express themselves and to watch others do so. And the popularity of her format led her to create a media empire that generated billions of dollars in profits for her and spawned a magazine, television network, and numerous spin-off shows that came from hers, including Dr. Oz, Dr. Phil, and The Doctors. 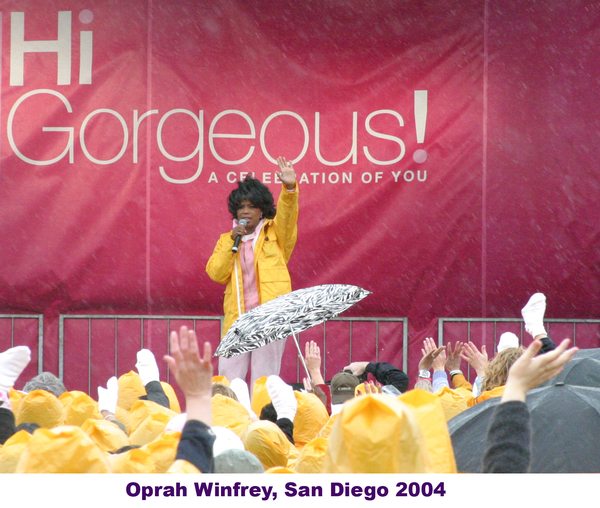 “Oprah Winfrey” by Patty Mooney is licensed under CC BY-NC-SA 2.0

Despite Oprah’s talk show’s emotional, intimate, and confessional bent, she also addressed the intellect in important ways. One of her complaints about talk shows of her time was that they assumed women were only interested in fashion, cooking and parenting tips. Her successful book club showed women that it was good to be concerned about issues of the day and that they could engage with important ideas through the written word.

So strong was women’s desire for their intellect to be taken seriously that any book featured on Oprah’s book club immediately became a bestseller. She influenced a generation to buy books and to read them, and then engage with their friends and the culture about the ideas they contained.

One recent selection, Caste by Isabel Wilkerson, posits that India is not the only country to have a caste system that segments people by different criteria like wealth and race. Through powerful stories and examples, Wilkerson argues that unspoken caste systems do exist, even in the United States, and that we need to examine them if we ever expect to move forward as a country.

When the public learned of Winfrey’s difficult childhood of poverty and years of abuse at the hands of men close to her family, they wondered how she had been able to get out of that life and become successful. Winfrey credited her years living with her father and his emphasis on education for part of her resiliency. The rest, she said, came from learning to focus on the positive.

Winfrey believed strongly in the power of positive thinking, and she spent many hours training herself to look for reasons to be grateful and to look for opportunities rather than problems in her personal and professional life. “Turn your wounds into wisdom,” was one of many quotes she made famous to express her mindset.

“The stories that we tell ourselves can make or break our lives, no matter who we are,” she said. Her attitude and example attracted millions of followers who wanted success in their own lives and saw the principles she espoused as the best way to get there. She was able to expound on many of these principles in her show, magazine, and through her OWN Network, created in 2011. 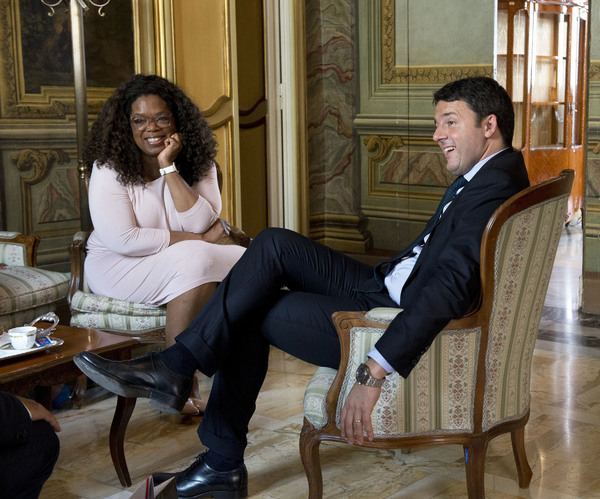 Winfrey did not get to where she is today — a household name, the first black female billionaire, and named the world’s most powerful woman by Time and CNN — by being self-focused and ignoring others. It was her single-minded focus on others that made her what she is, both in her talk show career and in the huge philanthropy she has done since making it big.

Winfrey was always focused on her guests and audience. She listened to their stories and was generous to a fault, even giving one studio audience of several hundred people brand new cars. In 2007, she started a school in South Africa, the Oprah Winfrey Leadership Academy for Girls, to give young women opportunities to overcome oppression.

Reports are that Winfrey has given away over $400 million in her lifetime so far. She supports dozens of causes and has several charities of her own besides the school including Oprah’s Angel Network. Winfrey may or may not be motivated by the principle that no matter how much you give, you always gain more back, but if her life is any example, there seems to be some truth to this principle.

Oprah Winfrey has spent her life figuring out what works best for her personal and professional life, and then throwing her tremendous passion into living out those principles. Her life is something anyone could learn from.

At Media Shower, we’re all about helping you become a better communicator of your marketing message. Click here to try our award-winning communication platform for free.