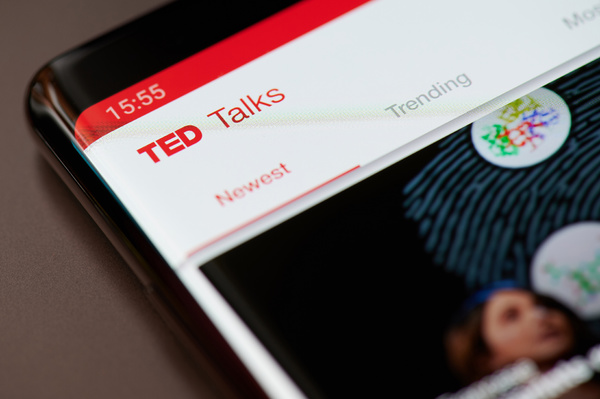 TED talks were not Chris Anderson’s idea, and he didn’t start the TED conferences that have presented world-changing ideas to millions of people on the internet and in person. But he did make TED what it is today–a powerhouse of knowledge and information readily available to the world.

The founder of TED talks was Richard Saul Wurman, who started the first TED conference in pre-internet 1984 Monterey, California, by charging 1,000 people $4,000 each to attend. That first conference lost money, but the format of 18-minute (or less) presentations on cutting-edge topics like the e-book, a new music format called the compact disc, and 3-D graphics from Lucasfilm gained traction over the next few years.

By the time Chris Anderson bought the rights to TED from Wurman in 2001, it was ripe to explode in the digital age. Anderson was an internet entrepreneur who brought TED into his existing Sapling Foundation and turned it into a non-profit.

Two things Anderson did in the early 2000s to help the TED explosion were holding conferences in different locations around the world and giving a $1 million TED Prize to support the world-changing efforts of one TED speaker each year.

Anderson also capitalized on the brand new platform YouTube by posting TED videos there, for free, to anyone who wanted to see them. The expansion to YouTube made the ideas in TED talks go viral–the first six videos alone got 1 million views.

People loved the TED videos–they were short enough to watch on a lunch break, and they brought new ideas and ways of thinking to the masses. The talks themselves were carefully coached and thought out in order to captivate audiences. And Anderson had a big part in developing the structure of the talks and coaching speakers to clearly and succinctly make their cases.

Because TED was expanding all over the globe and onto the internet, Anderson wanted to put structures in place to preserve the TED format and make sure it was uniform among all speakers and conferences. In order to achieve this, he developed a fine-tuned process that helps even the most reluctant speakers tell a compelling story with confidence and comfort.

Let’s face it: not everyone with great ideas feels comfortable expressing them to a worldwide audience. But Anderson was adamant that the best ideas be presented, so he and others on the TED team coach presenters to develop and practice their talks.

These coaching methods are built around describing the journey of finding and developing the idea, whether it be an invention, a technology, or a concept. While there is no formula, and speakers are encouraged to make the talk their own, every TED writer uses the same process. The end result is that more than 2,200 TED videos have received over two billion total views since their first foray onto the internet in 2006.

The same process was used when expanding TED conferences from one to many; all the processes used in developing the original conference were written down and distributed so they could be replicated around the world. When something works as well as TED did, only by making the process clear and transparent can growth happen that stays true to the original. 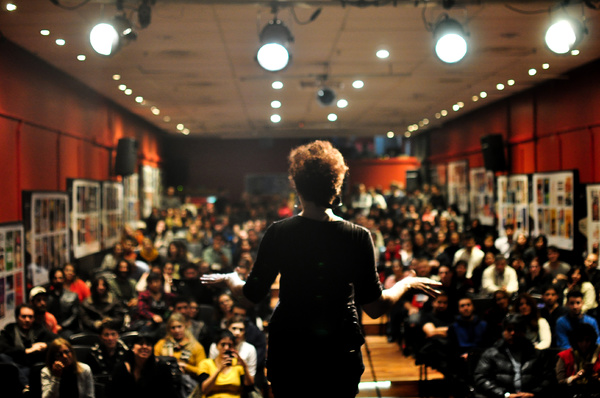 When a presentation feels forced, the audience immediately knows it, and it diminishes the impact. Anderson says that the best presentations are done by “very quickly introducing the topic, explaining why they care so deeply about it, and convincing the audience members that they should, too.”

When you find the angle that will grab people’s interest, you can build on that, Anderson said. Less is more, and speakers are encouraged to go into more detail about fewer things and go for substance.

First drafts generally try to cram too much information in, he said. But in all that information, there is usually a kernel of a substantive idea that speakers can build their talk around. Then they can let go of the rest and focus on the best and deepest part of what they want to say.

Anderson said that most TED talks are memorized and that if speakers don’t know their talk well enough, they often go into “awkward valley” during rehearsal. Rehearsing is intended to get them out of awkward valley and help them connect with the audience in an authentic and genuine way.

Under Anderson’s leadership, TED has grown to be a major thought leader worldwide. TED talks have been done by everyone, from influential figures like Bill Gates to a 12-year-old Masai boy named Richard Turere who invented a way to use lights to keep lions from eating his family’s livestock at the edge of a national park.

TED talks now generate $65 million every year from conference fees, sponsorships, foundation support, licensing fees, and book sales. But the money is spent on staff salaries, video editing, web development and hosting, and support for community-driven initiatives like TEDx and the TED Fellows. TED is still non-profit and still fully engaged in world-changing ideas and initiatives.

You, too, can captivate audiences and grow your market share with Media Shower’s help. Marketers, meet your master plan.