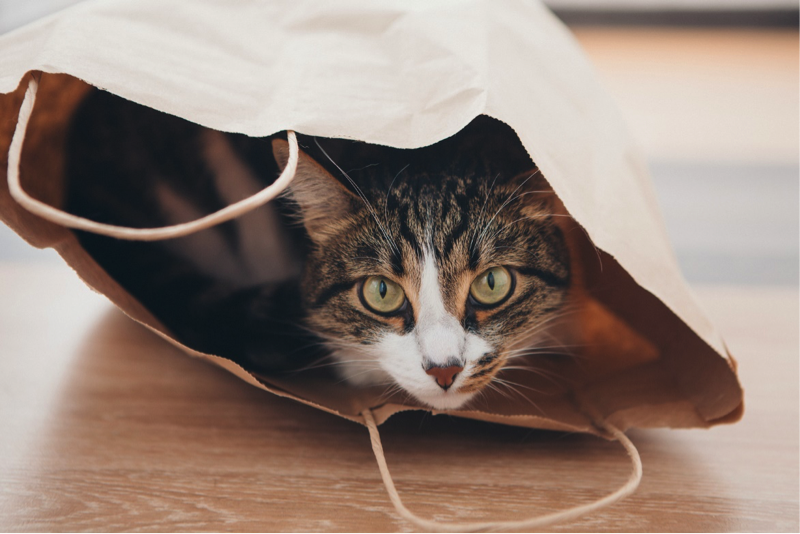 The great irony of the blockchain space is that we’re the decentralized community, yet the industry has been paralyzed by a centralized authority.

I’m talking, of course, about the U.S. Securities and Exchange Commission, which has been quiet on how it will regulate blockchain assets. This uncertainty has frozen innovation and created what we’ve called “crypto winter.”

The SEC’s long-awaited guidance on blockchain projects, the Framework for Digital Assets, is relatively short (just eleven pages), and written in plain English to make it user-friendly and accessible. In this post, I’ll make it even simpler.

There is some bad news and some good news. We’ll take them in that order.

The Bad News: We Already Knew All This

You can skip the first nine pages.

Over the past year, everyone in blockchain has become a securities expert, so everyone knows about the so-called Howey test, named after William Howey, who was sued by the SEC in 1946 and lost. Howey was a citrus magnate: he owned huge orange groves in Florida, as well as a resort hotel in the area where I’m guessing the guests drank a lot of orange juice. When guests checked into the hotel, they got a glass of OJ. They also got a pitch for the opportunity to invest in a chunk of Howey’s orange groves.

If you bought a “share” in his orange groves, Howey’s laborers would tend to the orange trees, pick the oranges, and sell the produce. Because of the skyrocketing price of oranges, they claimed, the land would become increasingly valuable—a great long-term investment.

On one hand, this seemed reasonable. People invest in real estate all the time, with the expectation that it will appreciate in value. On the other hand, something seemed fishy—the aggressive sales pitch, the promise of future profits, and the fact that they are serving us nothing but orange juice.

The SEC argued that this wasn’t a real estate investment, but something more like a stock investment. It developed what we now call the Howey test, which is not a test to see if your friend Howard is comfortable with a laid-back nickname.

The Howey test says that an “investment contract” exists if these conditions are met:

It’s helpful to think of buying, say, Tesla stock. You pay real cash in Elon Musk’s company, and you hope the stock goes up in value because Musk’s army of robots is building his electric cars.

So the even simpler test of a blockchain token is just to ask, Are people thinking of this like a stock? Let’s say that someone launches a new project called OrangeChain, which will put all the world’s oranges on the blockchain. They raise money through a new blockchain-based token called OrangeCoin, and you buy $1000 of OrangeCoin, with the hopes that you’ll be able to sell it at a profit in a few months.

That falls under securities law—which simply means that if the founders and promoters of OrangeChain have not complied with those laws, they can be held legally liable. Probably not a great investment.

Now for the good news.

The Good News: The SEC Gave Us an Example Think of PrimeCoin like reward points: for every dollar you spend on Amazon, you earn 10% in PrimeCoin. You can redeem PrimeCoin for real-world purchases—just like redeeming frequent flyer miles for a flight. Save up enough PrimeCoin, you can buy a new pair of Apple EarPods.

You can also use PrimeCoin at any Amazon-owned business, which means you can buy your groceries at Whole Foods using PrimeCoin (that’s a lot of PrimeCoin). You can also sell the PrimeCoin back to Amazon for cash—which is something airlines won’t let you do with frequent flyer miles.

“Big deal,” you say. “This is just rewards points. My local coffee shop does this.”

But these PrimeCoin are recorded on the blockchain. They are recorded on a decentralized ledger, shared by thousands or millions of computers around the world—not on Amazon’s central servers.

What Amazon has done, in this case, is minted its own money. It has created a virtual currency that is supported by a shared global network of computers. Amazon, the master of cloud computing, has moved its value to the cloud.

This is what I mean when I say the cat is out of the bag.

The Cat is Out of the Bag

What does that saying even mean? What kind of monster keeps a cat in a bag? They make cat crates, you know. In my hypothetical example, Amazon now has PrimeCoin, its own money supply. True, it’s tied into the physical money supply (because Amazon still has to redeem it for dollars upon request). But Amazon will create a bunch of PrimeCoin benefits—just like Prime member benefits—and most people will just store and spend PrimeCoin instead of U.S. dollars.

In my example, any seller on Amazon can also accept payments in PrimeCoin. The SEC doesn’t want you transferring PrimeCoin—so no trading PrimeCoin on Poloniex—but Amazon will start selling PrimeCoin gift cards, and those will also function like cash. The Amazon credit card will also give you PrimeCoin benefits, so now you can earn PrimeCoin with any purchase, anywhere in the world.

Now Amazon has its own virtual currency, with a physical counterpart (gift cards), a payment system (Amazon credit cards)—all completely decentralized. This means it’s beyond the reach of any government to shut down. Amazon has just created its own economy to compete on a global scale with the dollar and the Euro.

It has also created a cottage industry of “miners” who keep the PrimeCoin network running. This means tremendous benefits for its Amazon Web Services cloud business (as many of them will run on AWS). Why will anyone want to donate their computer to the PrimeCoin network? Because they’re paid in PrimeCoin.

What Does the SEC Want From Us?

The SEC wants to protect investors. The problem with selling blockchain tokens as investment opportunities is what we call “information asymmetry,” which just means the sellers know things the buyers don’t. For example, if investors are buying Enron stock, thinking it’s a great deal, when inside the organization the executives are cooking the books to hide their enormous losses, that’s a problem.

The SEC did not mention that blockchain technology has the potential to remove information asymmetry, by ensuring that everyone has complete access to all the information. The nature of blockchain is an open and public ledger—far better than the private ledger, which can lead to Enron. Let’s imagine a new company—I’ll call it TransparentCorp—that stores all its financial information on a public blockchain. All the revenues and expenses are stored on TransparentChain. You can buy a share in the company—just like stock—and receive a blockchain-based token, which I’ll call TransparentCoin.

Right away, this is a better model than our current stock market. Now if promoters are hyping up TransparentCoin, everyone has access to the books in real-time. Bad actors—like Enron’s auditors—can’t help the company hide poor financial results. It’s all out in the open.

Such a TransparentCoin would certainly be considered a security, since it passes the Howey test with flying colors. But it’s a much better model for investors. This is where I hope the SEC will focus its efforts next—in creating a new class of smart stocks that are recorded on the blockchain.

In brief, here are my personal takeaways from the SEC guidance:

The new framework is a baby step in the right direction. Let’s hope the SEC now takes the opportunity to embrace what blockchain can really do for investors.

Sign up here to get more blockchain marketing ideas in our free weekly newsletter.