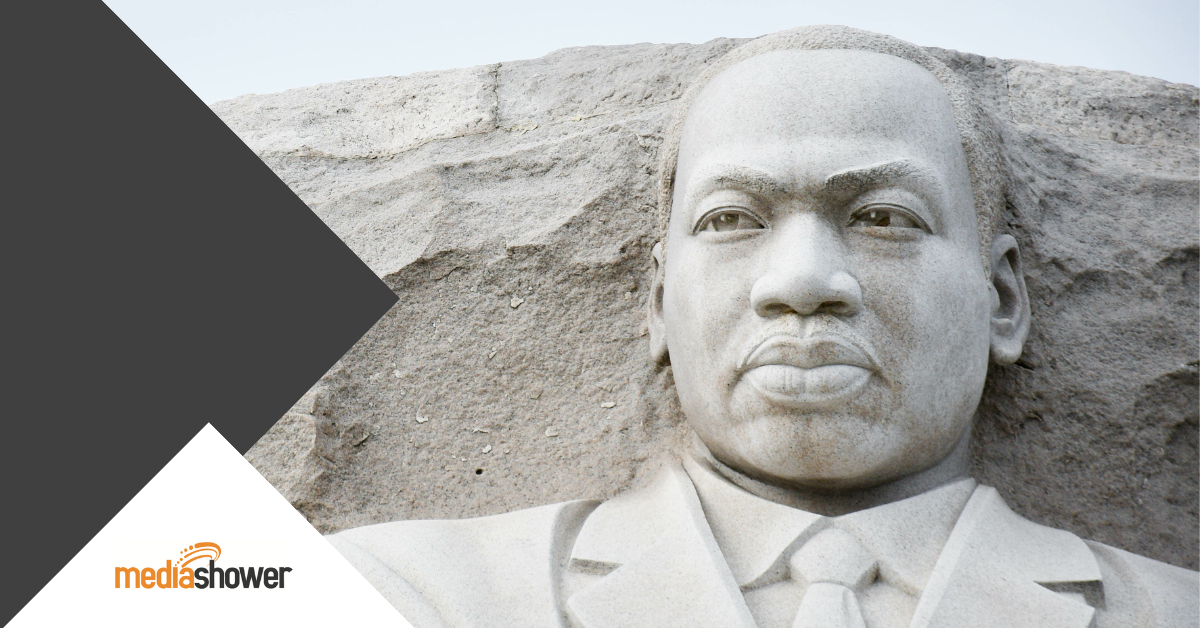 TLDR: Martin Luther King Jr.’s “I Have A Dream” speech has reached iconic status as a turning point in U.S. civil rights. King used many rhetorical devices to give his speech more power and to sear it on the hearts of those who listened.

So What? King’s powerful message lives on because he communicated it with strong images and unforgettable language. As communicators, we have much to learn from King’s choice of language and delivery.

Martin Luther King Jr.’s “I Have a Dream” is widely considered one of the most impactful speeches not just of its time, but in the history of the United States. In just a few minutes, King was able to show why so many were fighting for justice and to explain what needed to happen for this “dream” to become a reality.

Sixty years later, the speech is still powerful in its message and the picture it paints for a free and fair society. Segregation may be long past, but racism and inequality still remain deeply embedded within our society. In one way, King’s “dream” has become a reality. In other ways, it’s still being achieved.

The Right Place and Time

King’s speech was delivered on the steps of the Lincoln Memorial exactly 100 years after the Emancipation Proclamation. This was a time when Congress was preparing to pass Civil Rights legislation to end some of the injustices King chronicled so powerfully.

More than 250,000 people gathered to hear the speech in person as part of the March on Washington for Jobs and Freedom, and it was televised live to millions. The march and King’s speech were the culmination of years of living with the injustices of segregation; the incomplete, unfulfilled promises of the Emancipation; and the legacy of slavery itself.

If King had tried to give this speech ten years earlier, large segments of the American public would not have been ready to hear it, and it wouldn’t have captivated the country in the same way. At the same time, if King had waited ten more years to give the speech, anger and rage might have boiled over, and the message of nonviolence could have been lost.

King’s speech seared his message into the hearts and minds of its hearers. He used several devices to create clear images that left no doubt about what he was trying to say.

Specific and powerful adjectives help deliver emphasis to a message and leave few doubts about its importance. Here are some of the adjectives King used to make his point: “joyous,” “desolate,” “sunlit,” “mighty,” “jangling,” “momentous,” “withering,” “lonely,” “shameful,” “magnificent,” “hallowed,” “sweltering,” and “majestic.”

These adjectives are critical in creating the images King needed to make people understand (some for the first time) the horrors of segregation. Each one is like a hammer hitting a nail to drive home King’s message that now is the time for segregation to end, and that his listeners needed to have hope that it would happen. King used metaphors because people can understand and remember them, and they make messages stronger.

He started the speech with an extended metaphor of a bank, which he used to explain how the promises (“promissory note”) made to people of color after the Emancipation had not yet been paid. “We refuse to believe that the bank of justice is bankrupt,” he said.

Later, he compared segregation to a “dark and desolate valley,” which he juxtaposed with “the sunlit path of racial justice.” Another image he creates through a metaphor is that of justice and righteousness being like a “mighty stream” which cannot be stopped now that it’s gained movement and momentum.

These images explained complex concepts simply, showing his listeners that things could and would change.

Many great speeches use repetition to build understanding and underscore the ideas a speaker most wants audiences to remember. King’s “I Have a Dream” speech is no different.

The first example of repetition in the speech helps lay out the reasons why King and other civil rights leaders believed things needed to change. King gave a list of grievances against the government by saying, “We cannot be satisfied as long as . . .”

Next, King defined and explained his vision for how things should be by repeating, “I have a dream . . .” He didn’t just say he wanted things to be equal. He showed how that equality would look, and he couched it in terms of dreams for the future to which people of every race could relate.

The end of the speech also contained repetition of the phrase, “Let freedom ring . . .” This phrase was a plea to the powers that be for a better, freer world for all. It’s hard to deny the power of the familiar phrase from the patriotic song, “My Country Tis of Thee” and its application to our lives today. According to Texas A&M University Professor of Communication Leroy Dorsey, King’s speech used an early American sermon format called the Jeremiad as a framework for its important message.

The Jeremiad starts by affirming a moral standard set in the past. King did this by invoking the Emancipation Proclamation, the Constitution, and the Declaration of Independence to remind listeners of what America was created to be.

King moved on to critique the current situation of injustice and inequality, which clearly violated the founding values of America. He finished by calling his hearers to higher virtues like judging people based on the content of their character rather than the color of their skin.

Today, it can seem that King’s dream is still a long way off. But as long as we keep revisiting this great speech, and the ideals it inspires in us, the more we can dream of fulfilling it.

At Media Shower, we craft communication that resonates in the hearts and minds of people everywhere. Click below to get a free trial of our award-winning content marketing platform.