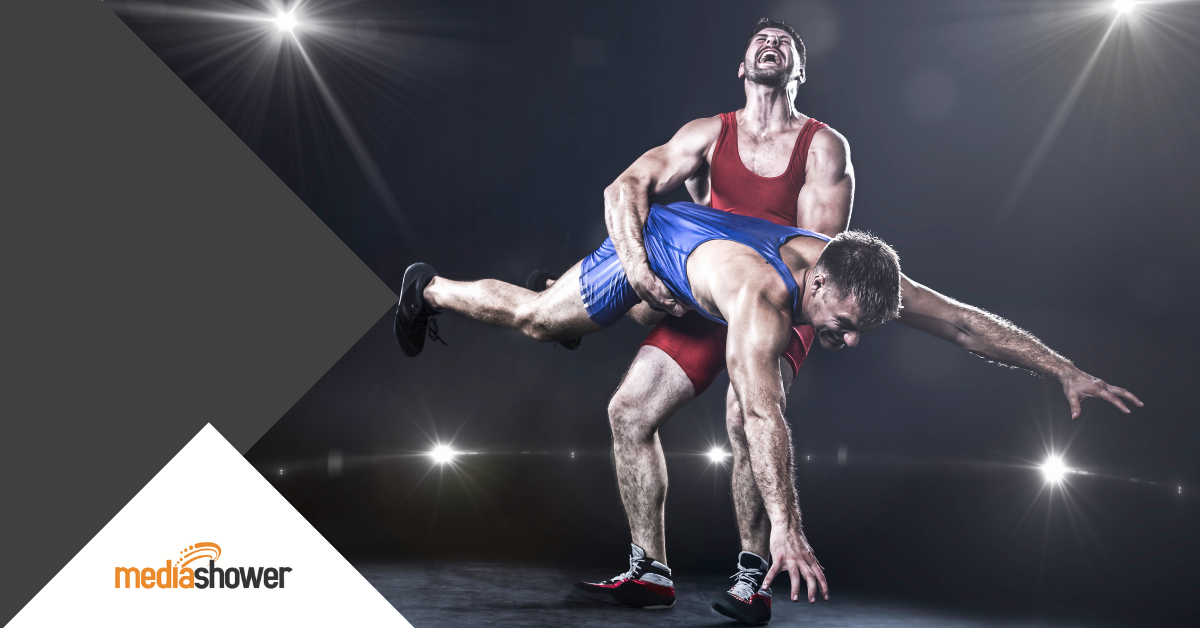 TLDR: Two of the most famous pro wrestlers of all time, Dwayne “The Rock” Johnson and Hulk Hogan, used specific communication techniques like verbal mirroring and body language to convey messages to their audiences. These techniques served them well as their careers flourished outside the ring.

So What? As communicators, we can learn from these larger-than-life personas as we work to build our own audiences and hold their attention in new and dynamic ways.

Hulk Hogan and Dwayne “The Rock” Johnson are often listed among the most famous and charismatic professional wrestlers. While both were big and brash, with larger-than-life personalities, they exhibited unique and very different communication styles to build their fan bases and expand their careers outside the ring. See how each wrestler communicated to get their messages across.

Dwayne Johnson chose “The Rock” as his wrestling name to denote strength and immovability. (Who can defeat a rock?) The name fits Johnson because he is strong and resolute. It communicates at least a thousand words when it comes to his persona.

In a similar way, Hulk Hogan (born Terry Eugene Bollea) chose his stage name to communicate strength. Even in the 1980s, before the Marvel Cinematic Universe, people knew a “hulk” would be incredibly strong compared to others. Hulk’s name underwent a transformation in the mid-1990s, when he became “Hollywood Hulk Hogan” to reflect his newfound archvillain persona.

It’s hard to deny that a big part of both these individuals’ popularity was tied to their names, and those names have given them instant recognition.

You Can’t Do It Alone

Both Johnson and Hogan had teams to help them on and off the mat. When Hogan became Hollywood Hulk Hogan, his villainhood was tempered by the fact that he teamed up with other wrestlers who could help him be three-dimensional and not just the one everyone hated.

Johnson came from a wrestling family and noted in some of his recorded speeches that he was on the mat with his dad at a very young age. He learned his trade from his father, and from others in his family (like his cousins, the Samoan Brothers) who came before him.

Johnson would not have become an international sensation, with an acting career bigger than his wrestling career, if he relied only on his family pedigree to get ahead. His most famous speeches all detail the amount of hard work it takes to become successful. He has encouraged everyone from his old Freedom High School football team in Bethlehem, Pennsylvania to the Los Angeles Lakers basketball team to work harder than everyone else to achieve success.

“No one is going to outwork me,” he says repeatedly to other athletes he wants to motivate. “You can be anything you want to be.”

One thing Johnson and Hogan have in common is they both thought bigger than their wrestling careers and momentary fame. When Hulkamania hit in the 1980s, Hogan parlayed his popularity into a number of endorsements and gained advertising revenue on top of his wrestling contract. He and Johnson have both had numerous movie roles, at least until Hogan was named in the steroids scandal involving Vince McMahon.

Both Johnson and Hogan have also had TV shows about themselves, and Johnson was mulling a run for president before his wife nixed the idea by telling him his kids needed him around too much. Johnson’s larger purpose and Hogan’s efforts to reinvent himself several times show both of them consistently thought bigger than even their popularity as two of the most popular wrestlers of their times.

A successful technique used by Johnson to connect with his audience is to verbally mirror them or repeat what they say, usually using slightly different words. Johnson uses verbal mirroring to build rapport with his audience and show he understands them.

Verbal mirroring can help you forge a connection with the other person, who is more likely to feel seen, heard, and understood.

Pro wrestling is often about putting on the biggest show: loudly proclaiming that you are the best, and just as loudly insulting your opponents. While it’s not recommended you hurl around insults in daily life, insults are expected in wrestling and serve the purpose of projecting confidence and commanding attention.

Whether it’s talking confidently about your business, sharing your passion projects, or spreading your talents freely, confidence is about putting it out there. Get your audience excited by sharing big ideas, and the confidence to accomplish them.

Believe in Your Product

Hogan endorsed many products during his extreme popularity in the 1980s. He was a successful endorser because he believed in the products he endorsed, which helped him come across as sincere. It’s fine to lend your name to a product, but be sure you believe in it. (People can tell.)

At Media Shower, we help brands and marketers communicate their message with power and confidence. Get a free trial article and experience it for yourself.