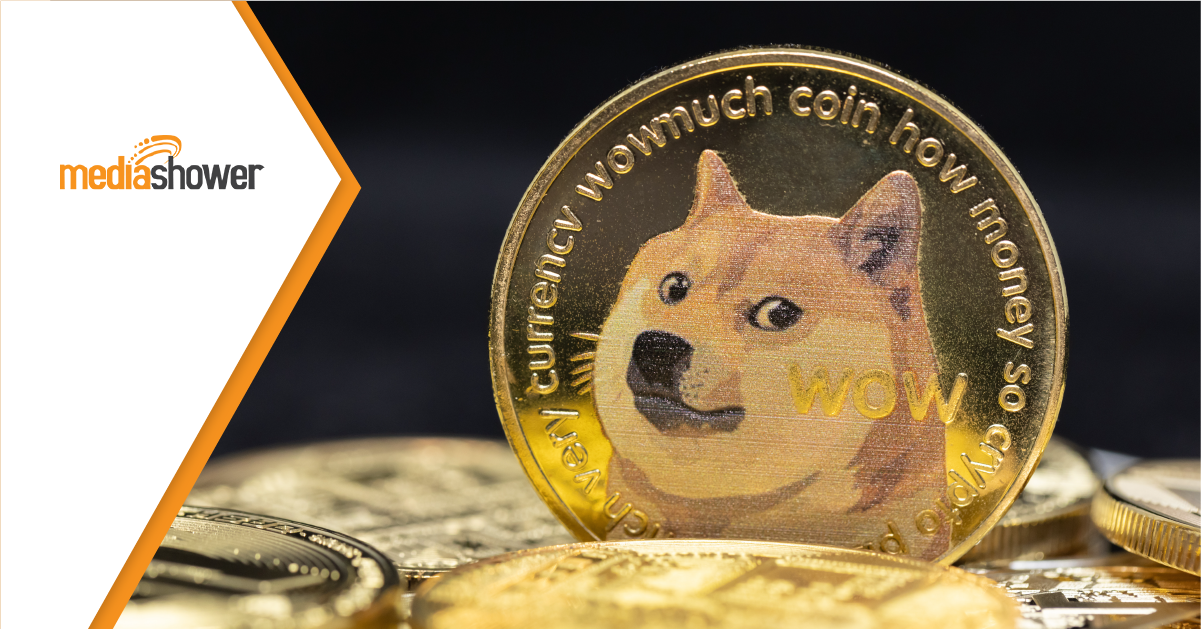 So What?
While Palmer became disenchanted with cryptocurrency and cashed out of Dogecoin in 2015, his comments and feud with Elon Musk about the coin have brought more attention to it.

Jackson Palmer created Dogecoin on a lark after his friend Billy Markus tweeted to him in 2013, “Investing in Dogecoin, pretty sure it’s the next big thing.” Their joke created a buzz and led them to seriously investigate, then start their own cryptocurrency under that name.

Dogecoin has been tremendously volatile since its creation, but it’s still in existence unlike many other crypto coins. As one of the top ten cryptocurrencies, it is currently worth 7.1 cents per token, and has a market cap of more than $9 billion.

Not bad for something that started as a joke. What did Palmer communicate that led to www.dogecoin.com having one million views in its first month? How has the coin lasted almost a decade, and how is it still going strong? Communication is the key.

Have Fun with It

Part of Dogecoin’s appeal is that it pokes fun at the industry. After starting as a joke, Palmer and Markus created Dogecoin based on a meme of a Japanese Shiba Inu dog.

The meme took off, and an active Reddit community kept the fun going. Currently, the community has 2.3 million subscribers, which shows that a lot of people value having fun with their investments and with the volatile nature of cryptocurrencies.

There are still many active memes around Dogecoin, and people want to buy into it because of the fun factor created and promoted by Palmer and Markus.

Whether Palmer actively courted attention and comments from Tesla CEO Elon Musk or not, his coin has benefited from Musk’s attention. Musk first tweeted about Dogecoin in 2019 and has continued to do so occasionally.

Musk said he owns Dogecoin, one of only three cryptocurrencies he possesses. He called Dogecoin a “currency for the people” and claims he first heard about it when some of his workers said they were buying it.

Musk also appreciates the fun atmosphere of Dogecoin, which is why he enjoys tweeting about it. Some in the Dogecoin community aren’t thrilled with one billionaire influencing the coin’s value, as one of Musk’s tweets in 2020 did when the price went up 14%, but there’s no doubt it doesn’t hurt to have a famous person’s endorsement.

Don’t Underestimate the Power of Memes

It cannot be overstated that in today’s culture, especially with millennials and Gen Z, people use memes to express what they are thinking, feeling, and learning. The fact that memes are so central to Dogecoin is a huge factor in its popularity. This could be the reason why it has survived instead of dying out like so many other cryptocurrencies.

Memes are cultural currency, and the Dogecoin community keeps them flowing. A meme is a language all its own, understood largely by those in its specific community, and it binds people together in ways that those outside can rarely understand.

Palmer’s decision to base the coin on a meme made it different than other coins and may have given it staying power that it might not have had otherwise. The rest of the cryptocurrency marketplace could learn a few tricks about marketing to a target audience from Dogecoin and Palmer.

Palmer walked away from the cryptocurrency he created in 2015 after expressing doubts about the industry. Since then, he has been critical of crypto and skeptical about who is controlling it and how it’s being used.

His attitude has not really changed since he created Dogecoin, and it gives the asset a niche that attracts non-traditional crypto owners.

Palmer recently said of the cryptocurrency industry that it was “controlled by a powerful cartel of wealthy figures” who “have evolved to incorporate many of the same institutions tied to the existing centralized financial system they supposedly set out to replace.”

Because of Palmer’s views, people who might not normally invest in cryptocurrency are attracted to it despite his criticism. Dogecoin followers, known as the “Doge Army,” are willing to give it a try when they might balk at bitcoin with its sky-high price tag.

Despite claims of “decentralization”, the cryptocurrency industry is controlled by a powerful cartel of wealthy figures who, with time, have evolved to incorporate many of the same institutions tied to the existing centralized financial system they supposedly set out to replace.

The more Palmer has criticized cryptocurrency and Dogecoin’s most famous endorser (Elon Musk), the more popular the coin has become. Palmer’s criticism comes across as honest and forthright. It has served to shine a spotlight on Dogecoin and give it more attention than it would have had without the negative publicity.

When Palmer and Musk got into a feud on Twitter about a month ago, that caused the price of Dogecoin to shoot up significantly, though it has come back down since then. It is an unfortunate truth that negative publicity is still publicity, and while Palmer seems far beyond any attempt to plug his previous creation, he is doing so, nonetheless.

While this marketing method is quite unorthodox, it works in many cases and is something a marketing team may be able to replicate as a unique way to draw attention to a product.

At Media Shower, we specialize in media communications for fintech, blockchain, and crypto companies. If you need a fresh take on marketing your product or brand, Media Shower can put together a solid plan that will get you big results. Click here to download our battle-tested Content Marketing Plan template.