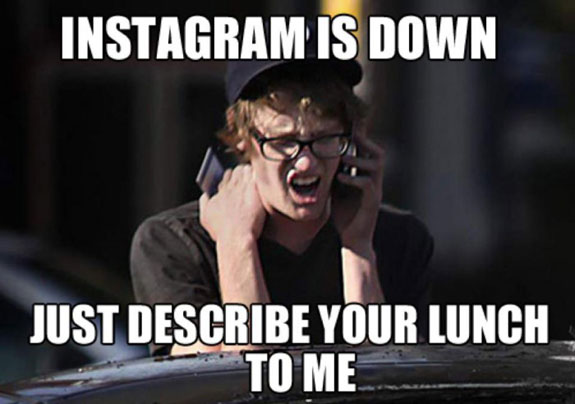 For anyone over the age of 35, the word “Instagram” likely conjures up images of self-absorbed whipper snappers taking pictures of themselves or their food at the mall. Sure, users of the wildly popular photo-sharing, video-sharing, and social networking service do tend to skew young, but that hardly means you should sit on the sidelines while the puberty set has all the fun. If used right, Instagram can be a valuable tool for your business or blog, no matter the demographics you’re angling for.

Now this article isn’t specifically about how to use Instagram and its fabulous photo filters, or the new 15-second video capabilities; it’s more about how to make Instagram-made media work for your company. Even though the app itself is only three years old, as you’ll see below, there are already some well-established success stories. Maersk has embraced Instagram to build its brand awareness.

As anyone who’s ever tried to walk from one end of a Super Target to the other can tell you, the world is a pretty big place. That means there are a lot of companies out there — more than 122 by my last count — and getting the right message to consumers about who you are and what you do takes some effort. Pictures and video are a great way to make that effort.

When the Denmark-based shipping company Maersk wanted to define its brand, it joined Instagram and began uploading hundreds of pictures of its massive ships, containers, and ports. These photos give a business that works pretty much behind the scenes a glorious platform to show off with. Your cars, electronics, and girlfriend’s lap pillows didn’t just magically appear on U.S. shores, they were brought here by Maersk, baby!

Connect With Your Audience Calling every person on your company’s email list and asking them if they like Grey’s Anatomy too is, well, one way to connect with your audience. But we can think of a better way: Let them use their smartphones.

PayPal harnesses the power of Instagram by asking its users to join in the fun. Shoppers are encouraged to take pictures of their PayPal-funded purchases, then share those photos via the hashtag #paypalit. This relationship benefits everyone involved. The shopper gets a little smidgen of fame while PayPal boosts its brand loyalty and gets a little social media promotion out of the deal too. Got a new product coming out? Offering a new service? Before you begin writing that (eesh) press release, consider creating a bite-sized video instead.

When the fashion gurus at Marc Jacobs were ready to unveil their new line of spring and summer menswear, they went to Instagram. They used a simple 15-second clip with no fancy editing, no narration, no graphics, nothing. But tens of thousands of eyeballs saw it—something that wouldn’t have happened with a press release. There’s a reason you’ve never heard the term “viral press release”—it’s never happened.

So fear not those young rapscallions who feign lordship over all things Instagram; this vehicle is yours as much as it is theirs, and it’s ready to be taken for a ride. Happy trails!