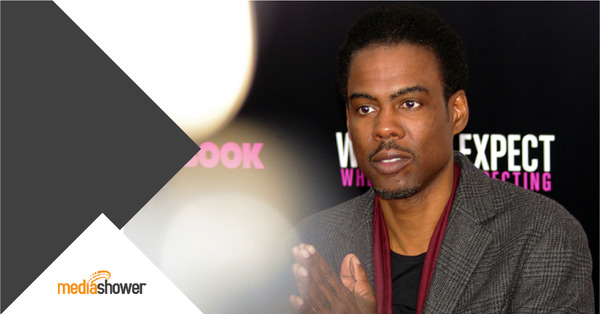 Overview: Chris Rock turned the other cheek when Will Smith slapped him at the 2022 Oscars, holding onto the moral high ground and eliciting sympathy from his fellow Hollywood stars. He showed it isn’t always necessary to get back at someone who wrongs you.

So What? There are benefits to letting others defend you and elevate you in the marketplace when a competitor treats you unfairly.

The unexpected moment when actor Will Smith slapped comedian Chris Rock quickly became a viral joke, meme, and touchstone all at once. The media broke it down for weeks, and people haven’t stopped talking about it (or stopped making memes about it) since.

Much has been devoted to why Smith slapped Rock. He made a joke about Smith’s wife that played on her alopecia, a medical disorder that causes hair loss. Smith supposedly became offended at the joke, slapped Rock, then screamed obscenities at him in a misplaced attempt to defend his wife’s honor.

We say “supposedly” because video footage from just after Rock tells the joke shows Smith laughing, but when his wife looks offended, that’s when he gets up and slaps Rock.

Here’s something more significant than the slap stunt: Rock didn’t hit Smith back.

His non-action won him praise in the aftermath of the slap. “Imagine if Chris Rock slapped back. Then you’d have a brawl at the Oscars,” one user tweeted about the incident according to Fox News.

“Not everybody knew Jada had skin issues,” another user commented. “I didn’t know she had health problems until my wife said something. You could stand up for your wife’s honor without physical violence.”

“Everyone talking about #WillSmith but the REAL MAN was #ChrisRock,” a viewer of the show tweeted. “This man could have taken the Will Smith low road but stood there LIKE a REAL MAN, COMPOSED HIMSELF, REMAINED PROFESSIONAL, and chose not to embarrass minorities anymore than what had already happened. Facts.”

It seems only natural to defend yourself when someone hits you, but Rock has a history of not responding in kind to bullies. In 2020, he told Howard Stern that a person who had bullied him in school was working security on his Top Five movie set.

“One of my bullies was working security on the movie,” said Rock. “A guy who literally one day in school turned me upside down and shook the money out of my pockets … I just gave him a quick look like, ‘You know, I hope you’re doing well. Take care,’ and I kept it moving. I didn’t, like, ‘Get him off the set! Get him fired!’ It’s like… He could have been my friend.  He could have been in the trailer with us watching ‘The Godfather.’ You know what I mean?”

“The fact that he had to go through that whole day, watch me walk around, watch me … be me. All my glory … I didn’t have to do anything,” he continued. “You ever watch Bugs Bunny? You know when Elmer Fudd got really mad at Bugs Bunny? When Bugs Bunny kissed him. That’s when he would lose his mind. When somebody does you wrong, just give them a kiss.”

Can Not Repaying Someone Work?

The worlds of business and communication can be like the school playground in some ways. Some companies are bigger, some are smaller, and sometimes you’re in the corner and no one notices you.

The free market wants you all to play nicely together, but at times, it seems more effective to hit back when a competitor decides to slap you down (or tries to).

What happens when you don’t retaliate against someone who does you wrong?

Think about who got the sympathy and praise. Do you think Chris Rock would have received the same supportive reactions if he had slapped Smith back or retaliated? They both would have seemed equally at fault, and maybe both would have been banned from the Academy.

Down to Their Level

One thing that happens when you repay someone’s wrong is you bring yourself down to their level. Now you are both in the wrong, even though some people consider self-defense less wrong than the initial act.

Rock’s only form of revenge on his school bully was to become so successful that his old nemesis would have to stew in that fact. He didn’t need to take revenge when Smith slapped him because he knew Smith harmed himself through that action more than Rock could have harmed him by hitting back.

There’s no advantage to coming down to someone else’s level when they malign you. They will harm themselves in the end.

At times, it can seem like a David and Goliath matchup when a bigger company picks on a smaller one. If you’re receiving the “slap” from a larger, more well-funded competitor, what can you do?

In these circumstances, it may be helpful to reach out for support from others who can assist you in defending yourself the right way. Rock’s colleagues were happy to insist that the right thing be done in Smith’s case, which is that he be removed from the Academy for many years.

Sometimes the best action is no action. Rather than retaliating with more violence, Rock chose non-violence. That got him more positive praise than anything else he could have done, and proved again that he is a master communicator.

At Media Shower, we’re all about helping you communicate clearly and well, even in times of crisis. Click here to download our free Content Marketing Plan.