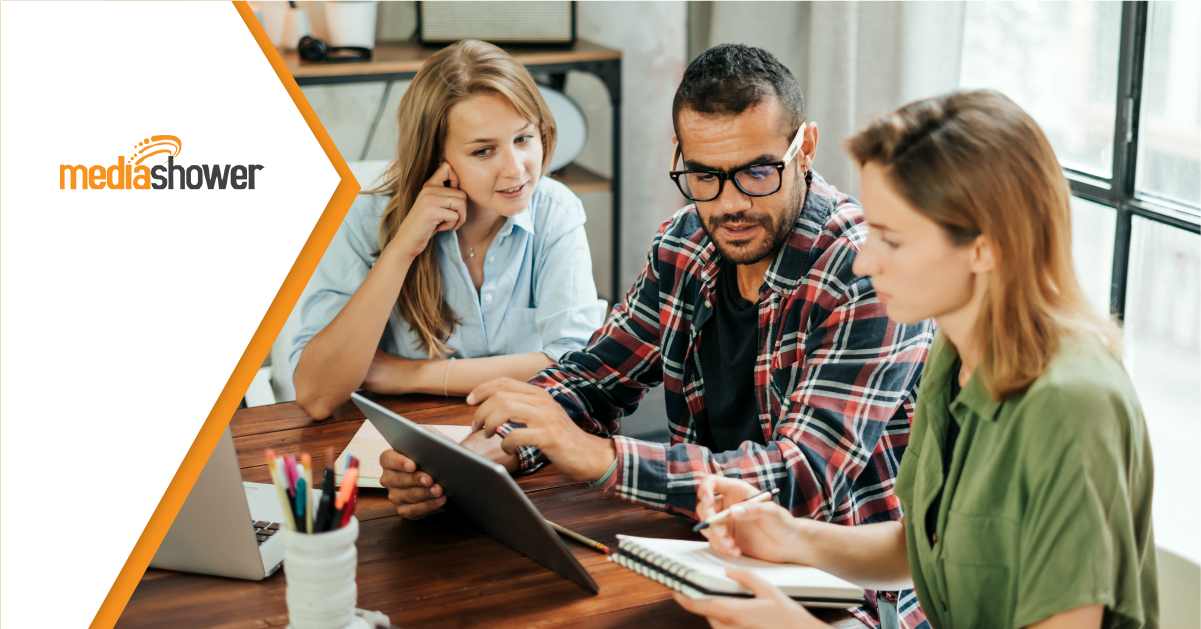 The blockchain space has grown tremendously. As the industry reaches new heights, many blockchain companies are seeking writers who can create top-notch content to attract further attention to their tokens or projects. Bear in mind, however, that you’ll also want to be aware of which blockchain platforms are offering the right opportunities.

Media Shower works with clients across the globe that require content for blogs, e-books, and other platforms. The company develops detailed marketing overviews, so each piece of writing reverts back to your brand name and gets your messages across clearly. It employs a professional editing team to ensure all work is polished and precise. Media Shower pays set amounts for written pieces, but its rates are higher than many of its competitors. It also offers money when substantial revisions are necessary.

Media Shower’s domain authority is quite high. It has a healthy ranking from AHREFS, and boasts thousands of followers on Twitter and LinkedIn. Several domains link to Media Shower as an authoritative content provider for crypto, blockchain, and related tech subjects.

Upwork provides several blockchain writing opportunities. As a larger platform, one can usually find lots of freelance work. The site doesn’t offer editing assistance, so tasks like finding the right tone fall purely on your shoulders. Some writers prefer the independence the site offers, though Upwork may not be a fit for those looking for regular work streams or editorial support.

Upwork has a higher domain authority than Media Shower. It also has more LinkedIn and Twitter followers due to its size, though the firm’s customer reviews are lower due to its lack of aid and supervision.

As a huge job-listing company, Glassdoor features a wide array of gigs, including blockchain writing jobs. Aside from searching and applying for jobs, visitors can also anonymously review companies and submit and view salaries without divulging their identities, so it falls perfectly in line with privacy-focused technology like blockchain. The firm is stationed in San Francisco, but has offices in Chicago, Dublin, London, and Sao Paulo.

The company boasts several social media followers and ranks high in terms of domain authority and keywords. Reviews for the site are generally positive, though like many job-posting bigwigs, the site isn’t invulnerable to phony recruiting posts.

Indeed.com is one of the largest job posting sites. Covering several industries, it’s not difficult to find blockchain content gigs on its platform. Posting jobs on the site can be expensive, so gigs usually offer decent work rates. That doesn’t mean, however, that the site doesn’t feature fake or low-end work, so be on your guard. Because of this, reviews for Indeed are mixed. When it comes to domain authority, keyword rankings, and social media followers, Indeed stands quite tall in each of these categories.

Coming about in 2003, LinkedIn is often labeled the ultimate job-hunting platform and the most authoritative source on the subject of finding work. The platform features several blockchain content writing gigs, and the site also ranks very high in terms of keywords and domain authority. It boasts a healthy array of social media followers, as well. Customer reviews, however, tend to be all over the place, with common complaints centering around accounts that are closed unexpectedly or without reason. Many users also claim to have been subjected to scam posts, so keep a watchful eye out.

Freelancer is a bidding site that pits freelance blockchain writers (and other content creators) against one another. While reception towards Freelancer is positive, some have complained about fake job posts, so engage in due diligence. The site also offers no editing services, which can be a problem for those who have trouble reviewing their work. The site has healthy domain ratings, though its blockchain content writing division could use a little more attention and lacks diversity.

Based in the U.K., this site posts W-2 jobs, freelance gigs, and remote work. The landing page says it has “millions” of jobs, so you’ll probably find an assortment of blockchain writing positions. Visitors must apply for jobs using traditional methods and these jobs can vary greatly, with some offering teamwork and editing services and others leaving you to your own devices. The site ranks well in terms of domain authority and keywords. It also has a healthy amount of social media followers, though customer reviews vary.

Monster is one of the oldest job-hunting sites around. Beginning in 1999, the company still provides a free search platform that allows users to find jobs in many industries. The site has solid rankings and several social media followers, though the company seems limited in the number of blockchain content gigs it offers. Monster is also a little outdated when compared with its competitors, and mixed customer reviews indicate the site features a fair number of fake or scam-ridden job posts.

ZipRecruiter is only 12 years old, but the company has several job posts in a number of industries, one of which is blockchain. While the site has solid rankings, boasts several social media followers, and has garnered many positive reviews from visitors, it doesn’t have the same online presence as many of its competitors, and the blockchain content positions it posts tend to be rather limited compared to other platforms on this list.

This site has only been around since 2017, meaning it’s still relatively new. It ranks less than other platforms on this list, and its social media following is considerably smaller. However, the site is garnering more attention as a leading blockchain job platform as unlike the other sites on this list, blockchain is all it focuses on, though many of these jobs are geared more towards technical work and blockchain content gigs are a bit more scarce.

The good news about the site is that it offers a wide array of jurisdictional search options. Whether you’re from Los Angeles, California or Melbourne, Australia, you’ll probably find something regardless of your location.

Download our free ebook on How to Build Billion-Dollar Blockchains, battle-tested with real-life founders and companies who have successfully grown their blockchain ecosystems.