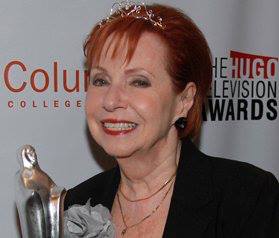 10,000 hours. That’s how long it takes someone to become an expert at something.

10 minutes. That’s how long it’ll take you to read this interview and become an expert.

Now, which would you rather do?

How do you translate film into entertaining, informative content, and compete on an SEO level with all the competition that’s out there? We decided to catch up with Ruth Ratny of Reel Chicago to get a bit of info on how they’ve done it; what’s going on in the Chicago film scene; and we wondered just how many more movies Peter Jackson is going to make from the Lord of the Rings trilogy (and if any of them will be filmed in Chicago).

Ruth, tell us a little about Reel Chicago.

As the name implies, ReelChicago is an online trade publication for and about local or Chicago-related visual media professionals.

Dare I say we are the Hollywood Reporter of Chicago? We currently have 25,000 readers, not only in our backyard, but in LA and in Midwest ad/film centers. A reader will pop up in Europe or Asia now and then.

The Reel is advertiser-supported and we would like to see a greater variety of companies come aboard, which helps display the size our market. The market is estimated at $450 million, including $275 million from booming movie and TV production, $100 million from post and $85 million from corporate and web videos and other.

Give us a brief idea on your own personal background in this field.

I am a lifelong Chicago film careerist, so authenticated by Hugo Awards which anointed me their first Chicago Legend in 2010. I have never worked outside the local film industry and have been writing since I was seven years old.

Before I started the original Screen magazine as a four-page newsletter, during a work-stopping blizzard and actors strike, I was an award-winning scriptwriter of non-theatrical films: commercials, branded entertainment, corporate and sales films, starting out when I was wearing pigtails and Mary Janes.

With Screen, we forged a community that never existed before. At that time the city produced $5 million in commercials and $200 million in industrials (corporate). By 1985, it was doing $40 million and now it’s worth $450 million.

We were also the first and only resource to quantify the market, by segment. Back in that early ’80s era of the Second City Syndrome, a composer challenged our list of 18 music companies and estimated revenues. He didn’t believe the music sector was that big and accused us of making up the list.

When they stopped calling the newsletter “Ruth’s Rag” and got behind it, we all prospered. Screen was credited as helping to bring 20% in new business a year to the city.

What’s the most successful piece of content you’ve published on your site?

If I may say, immodestly, it’s all pretty good. Relevant, original, exclusive. We relentlessly stick to our Chicago format, as insular as that may be. We don’t reprint press releases or write film reviews. I write most all of the stories. I figured that the Reel posts around 660 stories a year: three stories a day, five days a week, 48 weeks a year, totaling 360,000 words per annum. I just got a headache reciting that.

What are you doing to let more people know about Chicago-made visual media?

We utilize social media, of course, and are always on the lookout for other outlets, since our news has interest and value beyond our region, or the Flyover Zone, as it’s called.

I despair, however, that we rarely see Chicago dateline on stories on other internet news sites. Suffice to say, I would like to change that and heighten our visibility in Hollywood and Midwest ad/film centers. ReelChicago could serve as the Chicago industry’s pro bono publicist by sending out our appropriate stories if we could garner certain local support.

How do you feel your publication helps create more interest and support for local trade?

The basis of the visual media industry is collaboration; we support each other; we’re each other’s customers. Together we attempt to attract and retain business here.

How do you feel about PR and content marketing, i.e., product placement in films, scripts that support a particular brand, and so on; and how can this be done above-board?

Product placement, or branded entertainment, has been around forever. The very first “sponsored film” I wrote promoted an industry woven into an entertaining story and aired on TV. If the idea is well crafted and the product isn’t blatant, “branded entertainment” can serve the advertiser and viewer and often can help fund a film project.

I have a movie in the works, a music biopic about gospel great Mahalia Jackson, the Oprah of her time. She drank Pepsi and Lipton tea and drove Buicks and since these brands are an organic part of the story, we would welcome their participation.

PR and marketing is essential to any industry. As the great Leo Burnett often advised: “Make a name for yourself.” In other words, get your name and work out there. ReelChicago always welcomes our readers’ news.

Very interesting industry indeed! Thanks for the unique look into this industry, Ruth!

Ryan Peter is a ghostwriter, journalist, copywriter and author of amazing books.