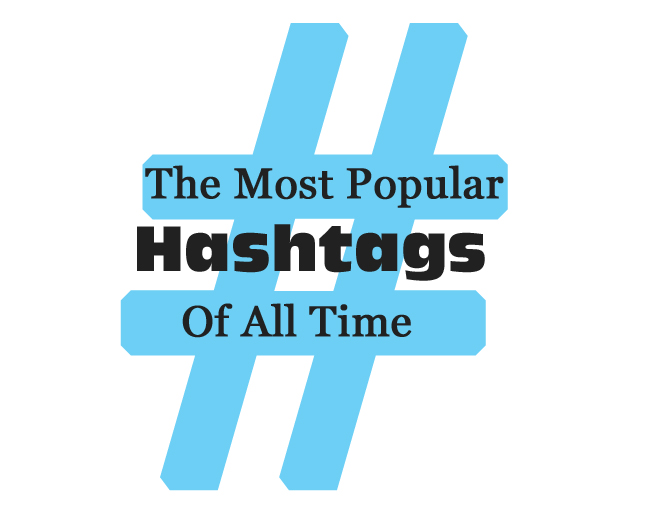 Twitter hashtags are now so ubiquitous that the term has leaked into our everyday lexicon. They’re so popular the success and reach of an event can be measured simply by noting how many people noted said event on Twitter. Exploring which words, phrases and events become global phenomenon is an effective way to gauge what the Internet at large is more responsive to. When you look at 5 of the most popular hashtags of all time, the Internet appears to be a very strange beast indeed. According to Wikipedia, this is what the Internet looks like. The lack of a “you are here” locator is rather disappointing.

In early 2011 Charlie Sheen had a breakdown so epic, cars in his neighborhood still refuse to start. In a drug-and-whatever-the-hell-else-he-was-on-at-the-time-fueled rant, Sheen propelled several phrases into Internet legend. One of these happened to be “Tiger Blood,” a substance which Sheen claimed to be on. And though we don’t feel like we have adequate medical training to say this probably wasn’t entirely true, this probably wasn’t entirely true.

The phrase was instantly shared thousands of times on Twitter the second Sheen himself signed up to the service. This is even more impressive when you consider that on the same day the iPad 2 had just been announced, the mentions of which were dwarfed by Tiger Blood–proof, if it was ever needed, that making absurd claims is the best way to sell yourself on Twitter. Hey Apple, next time you have a conference, just tell people your device runs on #leopardfarts. When a man who looks like this is better at self promotion than you, you need to re-think your life.

If you’re wondering why we’re using mentions as our yardstick, it’s because though certain hashtags are indeed insanely popular, some users choose not to use them; though this doesn’t mean they haven’t necessarily referenced a given event in some way using the service. For example, with the case of Lee Chong Wei, both his name and the hashtag #ThankYouLeeChongWei were trending. Mentions takes into account both of those eventualities giving a much clearer picture of how many people were involved.

With that out of the way you’re probably also wondering who the hell Lee Chong Wei is. Well, he’s a Malaysian badminton player, and during the 2012 Olympics he was literally the country’s only hope for a gold. His mentions came primarily from people in his home country, which just goes to show that an event doesn’t need to have global impact to trend, it just needs to be important to the people it impacts.

During the 2013 Oscars, Adele won an award for singing a song so beautiful, James Bond himself broke down and cried like someone refused to leggo his Eggo. Along with the award, Adele also racked up over three quarters of a million mentions on Twitter, a fact we presume meant way more to her than the gold plated thank-you she’d just gotten from Hollywood for making tender love to their ears with her voice. Daniel Craig, before the Adele-induced tears.

Sir Alex Ferguson (warning, boring figures incoming) is one of the most successful football (soccer) managers in history, sporting a win-loss ratio so dominant we’re surprised it hasn’t clawed its way to the top of his Wikipedia page through sheer force of will just to be seen. He also has a list of awards so long it could be used as a unit of measurement. With this in mind, his departure from his quarter of a century stint as manger of Manchester United was bound to attract a lot of attention; how much attention, though, was rather surprising.

Though his retirement was only of any real note to people living in the UK, it didn’t stop it from becoming one of the most mentioned things in Twitter history, with 1.4 million people noting the event in less than an hour. We never would have guessed that people willing to paint their naked torso and endure British weather for 90 minutes straight while half-naked would be this dedicated.

Unless you lived under a rock during 2011 you’re well aware that Twitter played a big part of the unrest that occured in the Arab region during that year. Though the people involved in the protests directly used Twitter rather sparingly, since only a fraction of their citizens even use the service, the global spread of news and information using Twitter is likely to never be equalled again. Literally millions of tweets were sent during the period, as noted above #bahrain had 2.8 million mentions alone, however for a true picture of how far this event spread also consider that the words “Bahrain” “Syria” in Arabic were also mentioned nearly 1.5 million times each.

So yeah, if you want to really hit the big time with Twitter, either cause a global event so massive the entire world takes notice, or Tweet everything in Arabic. With the latter you can at least be sure the government will pay attention to you. Everyone wants to spend more time with these guys, right?